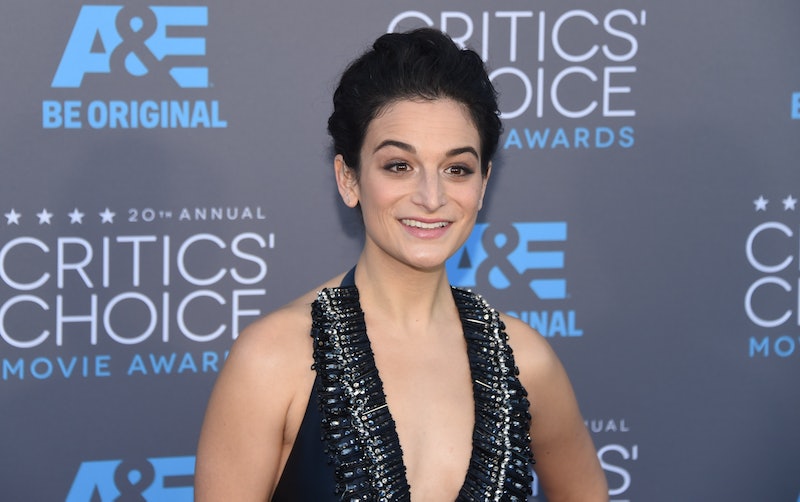 Some people just really shine on social media. You know those people I'm talking about: The ones who seem to be able to squeeze their entire personality into every tweet or Instagram post. You look at their account and can just tell that a post is so them. I feel like I struggle with this — my accounts have no consistency. One day I'll post a news article that I felt was important, and the next I'm talking about how I'd like to eat churros with Kim Kardashian. That being said, if I could emulate the social media presence of anyone, it would be the social media presence of Jenny Slate.

Now, Slate is awesome in most regards. She's funny and clever and she called her husband "hot stuff" while accepting an award. But she takes it to a whole new level of awesome on her Twitter. While her tweets are very often funny, they're also frequently emotional and inspiring in a way that's unexpected. You don't usually look to Twitter for authenticity or warmth — the character limit alone discourages much in the way of genuine emotion, but Slate finds a way to do it anyway. She can fit a lot of whimsy and love into 140 characters. In other words, her account is a must follow.

I mean, she's basically the big sister you didn't know you needed.

Who says stuff like that? It's so great. You're right, girl! Life is beautiful.

Everyone has been there. When it's all a little much and a clean start would be cool. She gets it.

I worry about weird stuff too. I feel you.

What a lovely little story to tell! We're all in this together, and Slate knows it.

Slate is very into asking big, unanswerable questions. Tweets that make you think are highly underrated!

Slate seems to love her friends a lot, and sets a very good example for the rest of us.

This one got two tweets, because she posts so many that make me want to be a nicer person.

Like the rest of the known universe, Slate likes Adele. She's very relatable.

Slate loves her dogs and their presence on social media is deep and profound — similar to that of Taylor Swift's cats.

In case you're feeling meta, Jenny's got you.

She is a ray of sunshine in the bleak landscape of social media. So, if you want a little brightness added to your Twitter feed, go follow Jenny Slate right now!