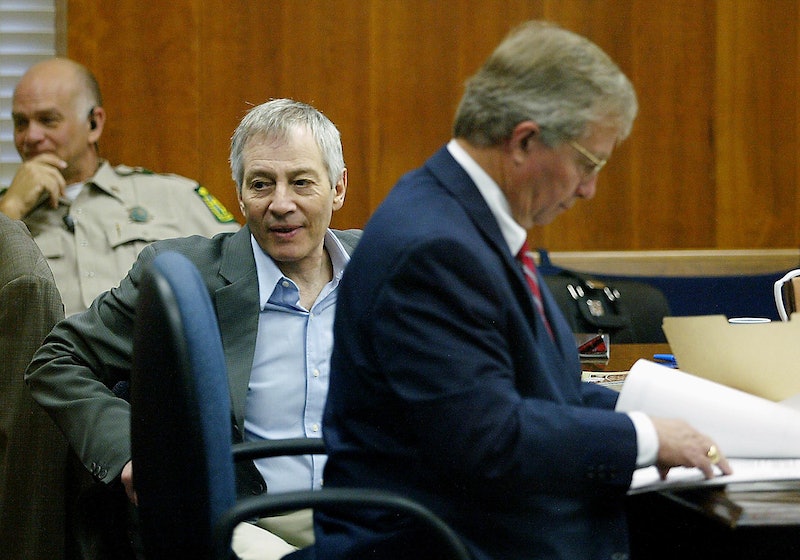 Real estate heir Robert Durst has had quite a 2015. As the subject of the HBO documentary mini-series The Jinx, Durst's fascinating life became an open book to viewers. The drama of the show reached a fever pitch when, just one day before the series finale, the real estate heir was arrested in New Orleans. Where is Robert Durst right now?

Following his March 14 arrest for illegally possessing a firearm, Durst was held at Orleans Parish Prison then transferred to the Elayn Hunt Correctional Center nearly 70 miles away in St. Gabriel, Louisiana. He was then moved to the St. Charles Parish jail in April and is currently located there.

The reason that Durst was arrested was due, in part, to the city of Los Angeles reopening their investigation into the murder of his friend Sarah Berman, who was found dead in her L.A. home in 2000 with a bullet to the back of her head. This isn't the first time that someone close to Durst has fallen victim to mysterious circumstances. Durst's first wife, Kathie, disappeared in 1982. Berman even helped field media requests on behalf of Durst during Kathie's vanishing, thus it came as a bit of a surprise that he would be wanted in connection with her murder.

Prior to his current stint in Louisiana, Durst was living in Houston for the past decade, rarely making headlines leading up to the release of The Jinx, save for a public urination charge. Though he owns multiple properties, Durst has no involvement in his family's real estate business, the Durst Organization, and has been estranged from his parents and siblings since his younger brother, Douglas, was tapped to head the company in 1994. Durst spent many years traveling, assuming different identities and personas.

Inside Durst's hotel room, where he was arrested, authorities reportedly found a revolver, as well as a negligible amount of marijuana. The real estate heir is facing felony drugs and weapons charges in New Orleans, thus he has remained in Louisiana despite the Los Angeles warrant.

On Tuesday, a formal extradition deal was processed by the Los Angeles County Clerk's Office. Durst agreed to change his plea on the aforementioned weapons and drugs charges from not guilty to guilty in order to expedite his extradition to California. He will reportedly plead not guilty to Berman's murder and is expected to arrive in Los Angeles no later than Aug. 18 of next year.