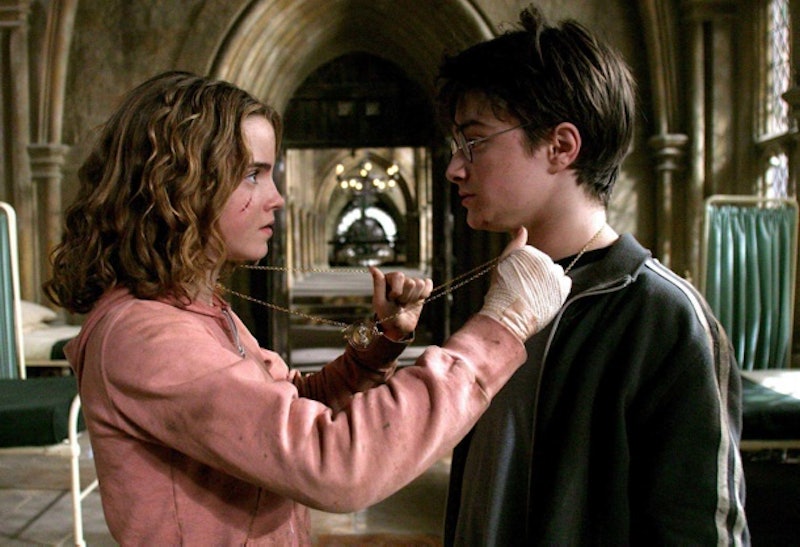 Sometimes it seems like the Internet exists for literally no other reason than to catalog and archive everyone’s favorite Harry Potter quotes. There is practically no end to the listicles featuring the best quotes from the books, the top most quotable lines from the movies, a handful of fan fic faves — even J.K. Rowling herself weighed in with a most beloved Harry Potter quote of her own. The Potter-inspired collections of quotable quotes just keep on coming — and you’re not even close to tiring of them yet, are ya?

There’s just something about a well-timed Harry Potter quote: It can bring you up when you’re down, and make your spirits even brighter when you’re already at the top; the quotes are a comfort when you’re lonely, a guidepost when you’re lost, and a rallying cry when we need a little encouragement. Plus, we all know Hermione is always good for inspiring some major girl power vibes. Readers keep coming back to the Harry Potter books — and, of course, all the great quotes — for good reason after all. J.K. Rowling, and the characters she’s created, just get you.

Of course, among all the great quotes there are some that only keep getting better with age. Check out these 11 Harry Potter quotes that get better each time you read them.

2. "Happiness can be found, even in the darkest of times, if one only remembers to turn on the light."

3. "The thing about growing up with Fred and George," said Ginny thoughtfully, "is that you sort of start thinking anything's possible if you've got enough nerve."

4. "Not to be rude or anything, but this isn't really a great time for me to have a House Elf in my bedroom."

5. “Give her hell from us, Peeves." And Peeves, whom Harry had never seen take an order from a student before, swept his belled hat from his head and sprang to a salute as Fred and George wheeled about to tumultuous applause from the students below and sped out of the open front doors into the glorious sunset.

6. "One can never have enough socks," said Dumbledore. "Another Christmas has come and gone and I didn't get a single pair. People will insist on giving me books."

7. "Why are they all staring?" demanded Albus as he and Rose craned around to look at the other students. "Don’t let it worry you," said Ron. "It’s me. I’m extremely famous."

8. “When you have seen as much of life as I have, you will not underestimate the power of obsessive love.”

9. “Never trust anything that can think for itself if you can’t see where it keeps its brain.”

— Arthur Weasley, Harry Potter and the Chamber of Secrets

10. “Of course it is happening inside your head, Harry, but why on earth should that mean it is not real?”

11. "It does not do to dwell on dreams and forget to live, remember that."