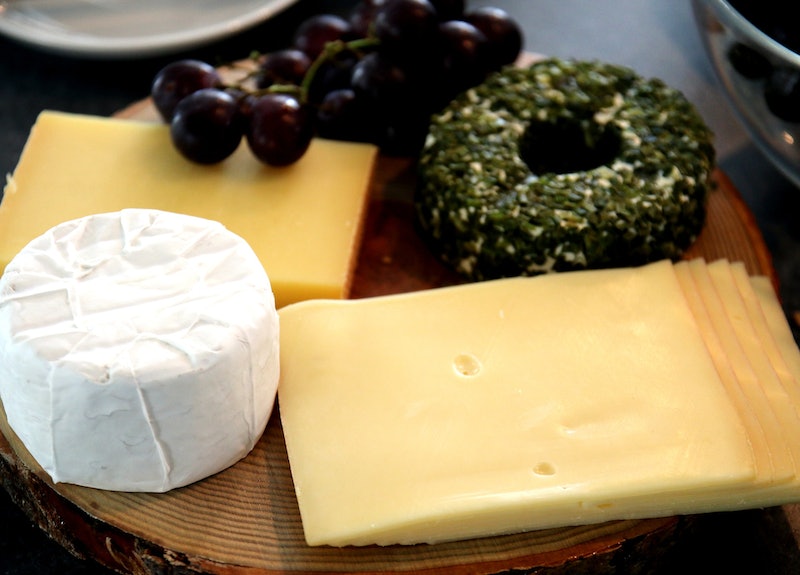 Hey, if you ask me, cheese is a viable solution to most of life's problems. Just had your heartbroken? CHEESE. Need the perfect midnight snack? CHEESE. Having an existential crisis? CHEESE. Cheese never seems to let you down — and now it could also be helping to solve the global energy crisis: A Canadian renewable-energy company has figured out how to use cheese to fuel a power plant. It boggles the brain, I know, but it's legit. In fact, the cheese-to-energy prototype has been around for a decade, unbeknownst to most of us.

Valbio, the company that designed the aforementioned cheese-fueled power plant, is now actualizing the full potential of the prototype at a new 2.8 million-kilowatt-hours-per year power plant in the French Alps town of Albertville. "Whey is our fuel. It's quite simply the same as the ingredient in natural yoghurt," said Valbio's François Decker to the Telegraph. Ah, yes! When you put it like that it makes perfect sense... No, wait. I still have no idea how one would go about using glorious hunks of cheese to generate electricity. But according to the Telegraph, it begins with skimmed whey — a by-product of Beaufort, the region's famous gruyère-like cheese. Mmm, gruyère.

But I digress. Basically, bacteria is added to the skimmed whey in a tank. Due to the natural fermentation process, this produces a mixture of methane and carbon dioxide known as biogas. This biogas, in turn, is fed through an engine used to generate electricity. Lastly, this electricity is sold to an energy company. The cheese-fueled plant will provide enough electricity to run a community of 1,500 people, per Decker. If that's not impressive enough for you, well, what is your life?

Amazingly, though, this isn't even the first cheese-based power plant. After Valbio first invented the process 10 years ago, roughly 20 small cheese-fueled plants have sprung up in France, other parts of Europe and Canada. More are reportedly in the works in other parts of the world, like Australia. *Fingers crossed* Please get one in the States, please get one in the States.

Cheese isn't the only fuel source being borrowed from the food and beverage industry, though. Here are a few more bizarre alternatives which, coupled with the cheese, make me imagine a world much like Willy Wonka's Chocolate Room where everything is edible.

Earlier this year, New Zealand brewery DP Export created a biofuel out of beer. Yep, beer. Called "Brewtroleum," it is made using yeast leftover from the beer brewing process — and it can power cars.

At Virginia Tech, researchers and chemists are hard at work figuring out a way to convert this sweet stuff into hydrogen. Ultimately, the hydrogen would be pumped through a fuel cell to create energy for a cheap and eco-friendly alternative to traditional fuel. So instead of ruining someone's day, pouring sugar in a gas tank could soon fuel their morning commute.

As the concern over fossil fuels rise, so does the interest in biofuels. Often created using food scraps, leftover cooking oil and other food waste like coffee grinds, biofuels are used to power vehicles and even airplanes — the latter of which results in an estimated 80 percent reduction in greenhouse-gas emissions.