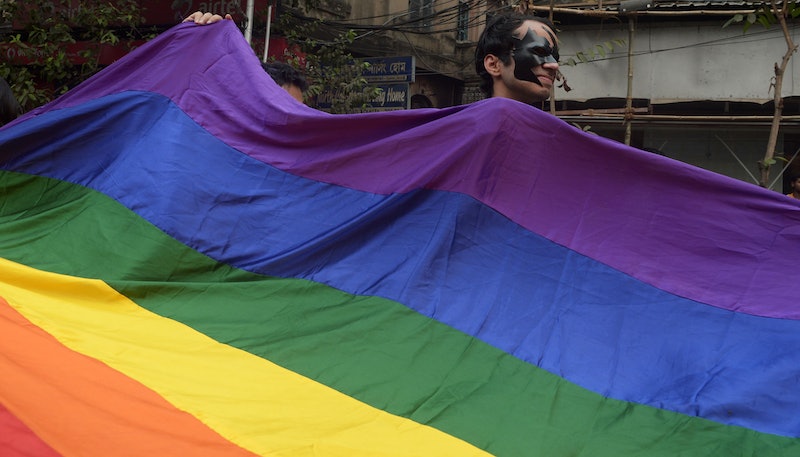 As 2015 draws to a close, the Human Rights Campaign has released its annual ranking of the best and worst cities to live in for LGBT individuals. Based on a variety of factors including nondiscrimination laws and LGBT-friendly city services, the report is important for its informative content as well as the glimpse it provides into American attitudes toward LGBT equality — but this year, it also doubles as an early holiday present. According to the HRC, 47 cities across the United States received perfect scores on its Municipal Equality Index (MEI) in 2015, literally quadruple the number of perfect scores in MEI's first report in 2012.

The MEI looks at hundreds of cities, including the 200 most populous cities in the nation, each state's capitol and five largest cities, and 75 municipalities across the country with the highest proportion of same-sex couples. Ratings were based on five categories: Nondiscrimination laws, employment policies, inclusiveness of city services, law enforcement's relationship with the LGBT community, and local leadership regarding equality.

Perhaps unsurprisingly, cities with higher proportions of same-sex couples tended to score higher, and it's not exactly shocking either that famously progressive cities like San Francisco and Portland earned perfect scores. That being said, a city's location didn't necessarily mean they weren't LGBT-friendly; the HRC made sure to point out the cities that received perfect scores despite locations in less-inclusive states. These "All Stars" include cities you might not expect, including Dallas, Texas; Detroit, Mich.; and Atlanta, Ga.. (Shout out to my home city!)

Unfortunately, the MEI also notes that attitudes toward LGBT equality haven't improved everywhere. The national average was only 56 out of 100, and six cities earned scores of zero for their utter lack of policies in place to protect LGBT residents: Auburn, Ala.; Sitka, Alaska; Southaven, Miss.; College Station, Texas; Lubbock, Texas; and Mesquite, Texas.

"Equality in many cities, particularly those in America’s southern regions, remains elusive, with too many municipalities still failing to protect their LGBT residents and employees," the report reads.

That being said, things are looking up. Each year brings a range of new LGBT-friendly cities, and the report notes that transgender equality in particular has been improving steadily since 2012. Let's take a look at ten of the cities with perfect scores below, and be sure to check out how your city fared here.

*Listed as an All-Star.