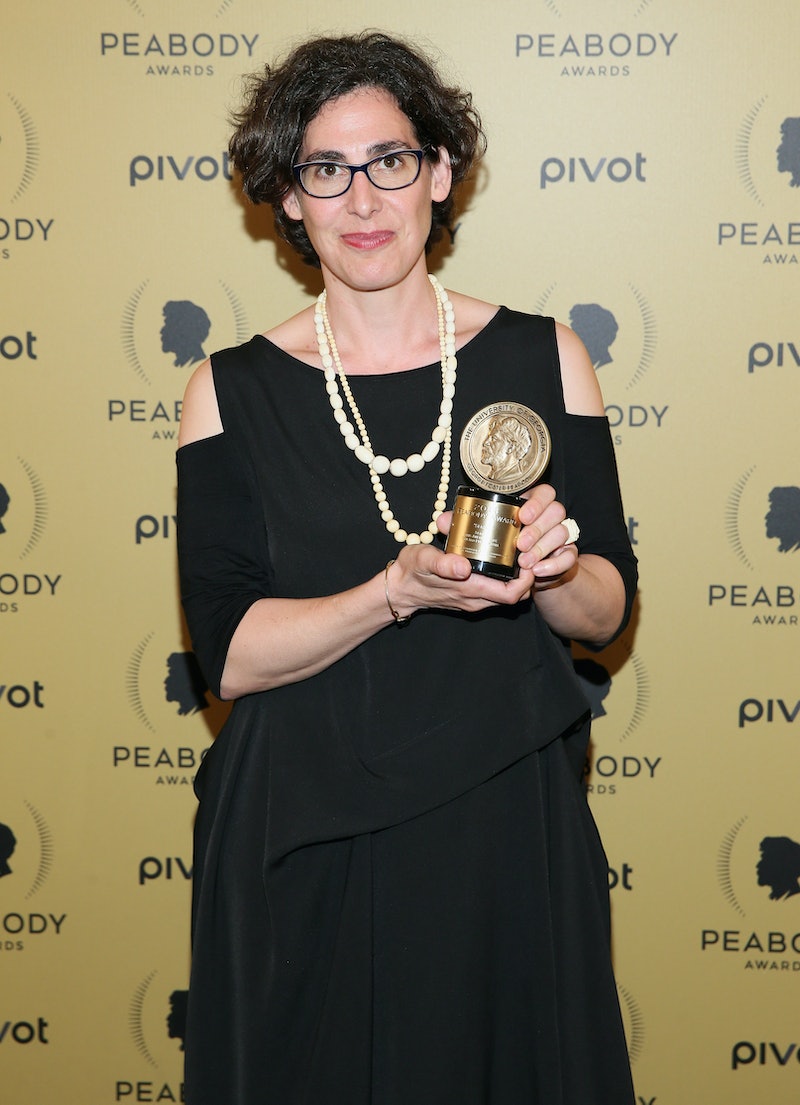 Hey there, remember that time we all talked about Sarah Koenig being in love with her Serial interview subject like she wasn't a person and couldn't hear us? Well turns out she is a person and she did hear us, so now know this — Sarah Koenig says she wasn't in love with Adnan Syed. Ever. At any point. Get it? Got it? Good. Just to catch you up, in case you somehow missed an entire year of pop culture, Syed was of course at the center of Serial Season 1, a podcast that took a deep dive into his potential involvement in the death of Hae Min Lee in 1999. Syed is currently serving a life sentence on a conviction for Lee's murder, and Koenig recorded her phone calls to him in prison as part of her investigation into the case, allowing listeners all over the globe to observe the dynamic between the two.

When asked about the way that listeners "read into" her relationship with Syed during an interview with Vulture, Koenig responded, "Oh, that I’m in love with Adnan? That he was” — she breaks into a teen lilt — “myyy boyfriend? I found that so f*cking offensive." Pause here for a second. I will fully admit that I am someone who got a case of the squirmies from the increasingly familiar way that Koenig communicated with Syed. There was an intimacy to the conversation that I found quite uncomfortable to listen to, and I admit that I joined in more than a few times when people, playfully or otherwise, accused Koenig of having feelings for Syed. And that's not great. Because it says something about me, that I so readily identified the closeness between interviewee and interviewer as unrequited romantic feelings, just because Koenig conducted the interviews differently than I would have myself. And because she is a woman who was speaking to a man.

As Koenig shared in this interview with Vulture, that's not a good look, and that's honestly on the audience than it is on Koenig herself. Even if you were, like me, uncomfortable with the intimacy of their conversations, there was a way to get that across without painting this fully-grown, married mother of two and winner of a Peabody Award as a lovesick teenager, and more importantly, as someone who is not very good at her job. Would we have framed the situation the same way if the gender roles were reversed? I don't think so, and that makes me feel the shame of Koenig's statement even more sharply. Her statement should shame anyone who ever thought for a minute that Koenig might have had feelings for Syed.

At the end of the day, were those conversations weird? For me, oh boy yes. But that's a me thing, and an us thing, if you felt the same way. It's a thing that doesn't have anything to do with is Sarah Koenig's ability to do her job, and it's us pushing our projections onto her unfairly when we should be learning about the case and subject matter that she spent all of Season 1 laying out for us. To allow ourselves to be distracted from the facts of the case to wonder about something as offensive and superfluous as Koenig having feelings for Syed is wrong, and I'm sorry to have ever been a part of it.

More like this
Amanda Gorman Shared A Powerful Message On Meghan Markle’s Penultimate Podcast
By Darshita Goyal
Claire Foy & Rooney Mara Revisit A Devastating Tale In 'Women Talking'
By Bustle UK
How Is The British Royal Family Related To The Romanovs?
By Karen Fratti
Netflix Bumped Up The 'You' Season 4 Premiere Date — Here's What To Expect
By Bustle Editors
Get Even More From Bustle — Sign Up For The Newsletter