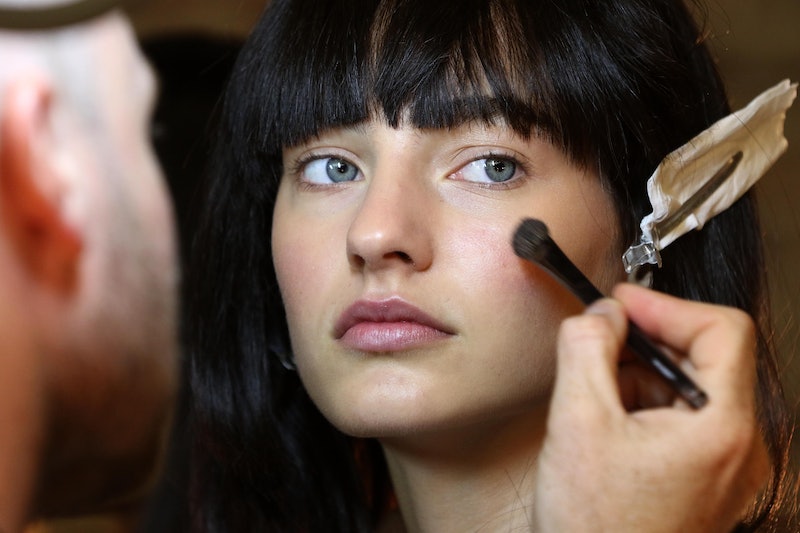 Like most people, when I was in high school, I had acne. But for some reason mine seemed to be way more aggressive than the breakouts my friends were having. I was religious with my skincare routine, but nothing seemed to work until I visited a dermatologist, who declared I had cystic acne. And after dealing with acne for what seems like my entire life, I can safely say that I know exactly what not to say to someone who has cystic acne.

After my dermatologist visit, it took a while for my acne to get better. We tried everything, and eventually we were able to get it mostly under control with antibiotics by the time I went to college. During college, I would have clear skin one semester, then acne flare ups another semester, almost like clockwork. Turns out cystic acne is often hormonal, so it was completely dependent on my body making the perfect amount of hormones. And apparently that wasn't something my body felt like doing.

After I graduated college, I finally went on Accutane, which worked well. I was lucky enough to avoid the side effects almost completely, thanks to being adamant about my moisturizing routine and probably some good luck. My skin cleared up and I finally thought I would be free from the genetic curse that is cystic acne. My skin was clear for a few more months and then, bam, acne once again. If you've ever dealt with cystic acne, you know how frustrating it can be to think your skin is finally better, only for it to get worse again. And it definitely doesn't help when people comment on it.

Here are some things you should never say to someone with cystic acne, and I know these are factual because I asked my sister and cousin (who are also lucky enough to have cystic acne) what they hate hearing, and they literally said all of the same things as me. So just do us all a favor and refrain from saying the following.

1. "You Shouldn't Wear Makeup, It's Probably Making It Worse"

Like theoretically that statement makes sense, because makeup can clog your pores and make you break out, but when you're dealing with cystic acne, nothing you put on your skin will really make a difference, not even acne treatments. It's just there, and when one spot goes away, two more return in its place. Also, if you have acne, chances are you feel self conscious about your skin, so makeup is necessary to cover it up.

2. "I Totally Get It" - Someone With One Small Zit

Unless you've dealt with cystic acne yourself, you probably don't get it. And stop talking to me about acne when you have flawless skin. I would love to only have one pimple on my forehead.

Believe it or not, I have tried washing my face in the morning and at night. But thank you for checking.

4. "Maybe If You Ate Better You'd Have Better Skin"

If I could give up all junk food in exchange for perfect skin, I would be the cleanest eater on the planet, but nope, it turns out I have acne whether I eat pizza or follow a strict Whole 30 diet. But I appreciate the "holier than thou" comment as you eat a buffalo chicken wrap slathered in ranch.

If I drank more water I would probably accidentally drown myself. I promise you, if people could cure cystic acne with water, none of us would have it.

Okay, yes, in the scheme of things, having cystic acne is not the worst thing that could happen to a person, however, cystic acne is physically and emotionally scarring, and people who have been dealing with it for years are sensitive to it.

Hopefully most people don't say this to you, but I've heard this line from plenty of family members. Yes, my skin is bad, thank you for noticing. Saying this to people only makes them more self conscious about their cystic acne. But on the other hand, don't lie and say their skin looks great either, because that's just as annoying unless your skin is actually improving.