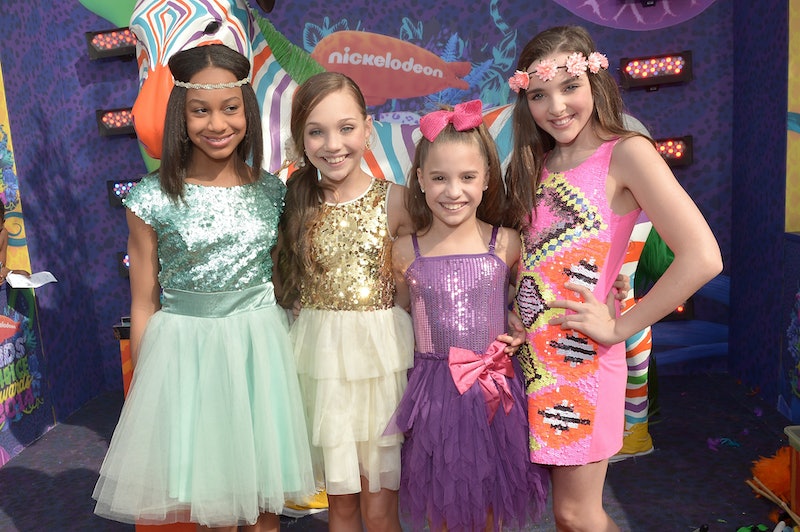 Dance Moms is the guilty pleasure of many. Not only did the show provide us with plenty of drama thanks to Abby Lee Miller and the moms, it also brought us the gem that is Maddie Ziegler (not to mention lots of incredible dancing). However, one of the most interesting parts of this show is admiring the dramatic makeup the girls wear onstage for dance competitions. But who does the makeup on Dance Moms ?

While you might assume that the mothers of the young dancers do their makeup, or that they hire a professional makeup artist because they now have a television budget, it turns out that the dancers themselves actually do their own makeup! In an interview with Fashionista, Maddie Ziegler talked about how her mom has never been good with makeup, so around the age of eight she started doing it on her own.

"I was just sick and tired of [my mom] doing it wrong. I learned how to put my own eyelashes on... and then my sister loved it, so I started doing her makeup, and then from there, now I do my friends' makeup for competition," said Ziegler. Although she does admit that they have a makeup artist on set for touch ups.

So there you have it! It turns out Ziegler does the makeup on Dance Moms. Is there anything this girl can't do?