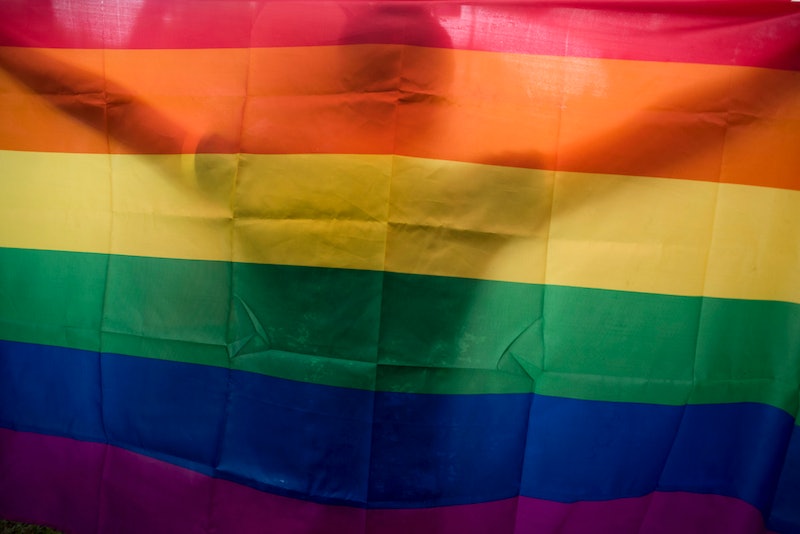 The recent story of journalist Caleb Hannan and his subject Dr. V is a complicated one, but VICE puts it very succinctly: "A transgender woman known as Dr. V invented a new type of golf club and lied about her academic qualifications. A journalist called Caleb Hannan threated to publish details about these professional lies and also out her as transgender against her will. A few days later she killed herself."

For me, the Grantland story of Hanna and Dr. V hits very close to home. As a transgender person, my relationship with mass media hasn’t always been the best. Every single day, when I watch television, or a film, or read news articles, or books, or even Twitter, I feel like I’m walking through a minefield. Inevitably, I will step on one and be assaulted with some horribly insensitive comment or dehumanizing portrayal of a trans person. The systemic view of trans individuals as non-people is too ubiquitous, and the lack of understanding of our struggles coming to terms with our identities has created a mythologization of our lives with little concern for our perspective.

Like any other mythology, the transgender mythology relies on cultural tropes that help to structure narratives around it, which appeal to a shared sense of reality. This reality, however, is one told from only one perspective — that of cisgender, or non-trans people. They are the heroes, the polloi, the Hellenes. We are the monsters that the hero must battle, the exotic and shameful lust that the hero must resist, or the riddle that the hero must solve. This mythology can serve as the foundation of both tragic and comedic narrative, from sophomoric frat boy humor to the epic tale. Regrettably, this mythology even manages, from time to time, to seep into the realm of journalism.

At the heart of much of this mythology is the theme of deception. Mainly, that transgender individuals, by living in the gender with which they identify, are doing so with intent to deceive, as if there were some inherent ulterior motive in their assertion of their own identity. This assumption is especially problematic in a society where transgender women are referred to as “traps” and face the threat of violence if their transgender status is discovered.

Enter Caleb Hannan. On January 15, Hannan published an article in which he investigated the history of a peculiar golf club that he learned about via YouTube. Dr. V, the golf club’s mastermind, was, on the surface, merely an eccentric genius with a brilliant product, but Hannan thought that Dr V's story didn't add up. He began to investigate, and indeed, he found inconsistencies in her credentials, which cast doubt on the science of the golf club. Instead of focusing on the perceived inconsistencies in her credentials, however, Hannan crafted his narrative around the perceived inconsistencies in her gender — a matter wholly unrelated to the golf club or the science behind it — and elected to draw upon the mythology of transgender deception to undermine her identity.

Hannan described the “chill down his spine” when the monster (a human being in the form of a trans woman) was revealed to him. He described a sense of epic betrayal when reality did not conform to his assumptions. He even described the pity he felt for this monster, whose identity he pathologized as he woefully described Dr. V as a “troubled man”. What he didn’t do was humanize the subject of his inquiries. He delved unnecessarily into her past, described her Otherness to an unsympathetic audience, detailed her sins of deception to one of her investors, and threatened to “revealing the details” of her past, despite Dr. V’s requests.

As if to justify what follows, Hannan relates the “menacing” tone of Dr. V frantically pleading with him to not reveal her identity to a world hostile to her existence. Hannan refused, and the tale reached its tragic climax when Dr. V, apparently in terror at her past being revealed to the public, took her own life. Disturbingly, Hannan adopted a stoic posture, expressing a regret that rings hollow and seeming frankly unaware of the severity of his actions. “Although there were times when I had been genuinely thrilled with the revelation that Dr. V’s official narrative didn’t line up with reality, there was nothing satisfying about where the story had ended up.”

The tragedy of her Dr. V’s death was written as Hannan’s tragedy, a regrettable end of a heroic epic. An epic whose moral seems to be that all could have been avoided had she not been deceptive. This is perhaps the most troubling inconsistency, however — namely, that Hannan’s tale was not, in fact, a fantasy. It was a reality. Dr. V was no monster — she was a person, and the end result of Hannan's dissection of Dr. V’s identity and his exposure of that identity without her consent ended in her very real death. The moral of the story for transgender individuals was a very different one — not to trust others under penalty of death.

This is sadly not an uncommon story for us. The novelty of the “trans reveal” that shocks cisgender sensibilities has little appeal to us when the end result of that revelation is, more often than not, violence towards us. The mythology of our deceptiveness is inconsistent with our own narratives of heroic defiance of a society that wishes to destroy us. We’re tired of our reality being viewed as mythology and the mythology surrounding our existence being portrayed as reality. Most of all, we’re tired of this mythology killing us.

I’m not accusing Caleb Hannan of murder. His journalism, however, was irresponsible. He violated Dr. V’s trust and revealed aspects of her identity that were not public domain without her consent. He did this to write a story about a golf club. What makes matters worse is that it was totally unnecessary — her gender identity did not need to be a part of the story at all, and if we lived in a society that saw our gender identities as valid and not deceptive, perhaps Dr. V wouldn’t have felt a need to keep hers hidden. This is the reality, the end result of mythology that dehumanizes us. This is not a tragedy that we can walk away from. This is our lives, and the best outcome that I can hope for is that the reality of our existence, not the mythology, becomes accepted so that tragedies like this don’t occur again.

Update: Editor-in-Chief Bill Simmons issued a statement in response to the backlash on Hannan's story, and you can read it here.

As for Simmons response to the backlash — while I appreciate his recognition of a mistake being made, I echo many of the criticisms that other trans women have voiced in response to Bill Simmon's apology for the article. Namely, that the apology is centered on his perspective and that of Caleb Hannan's.

I disagree with his assessment that it was "worth it" to run the piece. A transgender woman is dead, and her life was worth far more than an article about a golf club, however well-written or researched it may be. Her tragedy, and the lack of respect afforded to the lives of transgender women in general, are all too common and it is my hope that the continuing response to this story brings about more than just a justification for running it. It is my hope that this conversation spurs a real change in the way that our society views transgender individuals, and cultivates a genuine respect for our lives and our identities in order to prevent tragedies like this from ever occurring again.