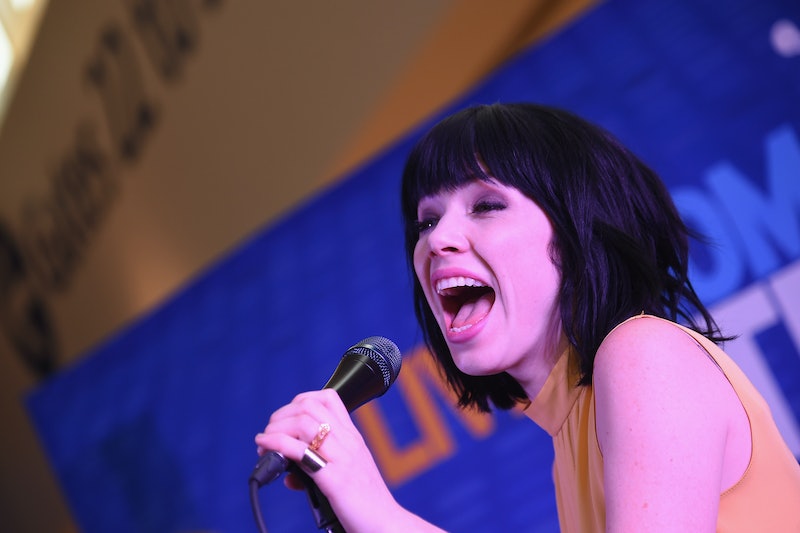 Everywhere you look, there's another reason to get hyped for Fuller House. If you're already stoked by the mere idea of a Full House spinoff, you're about to freak out over this latest development. The upcoming Netflix spinoff may be bringing back the characters you know and love, but they're also bringing us things that are so 2016 — such as the person who will be singing the show's updated theme song. As reported by Entertainment Weekly on Thursday, Carly Rae Jepsen will sing the Fuller House theme song, and it's just one more reason to get hyped for this series.

Pop princess Jepsen, who got stuck in our heads forever with songs like "Call Me Maybe" and "Run Away With Me," took to Twitter to announce the major Fuller House news. Jepsen teamed up with songwriter and producer Butch Walker for a new rendition of the traditional Full House theme song "Everywhere You Look," which was originally performed by Jesse Frederick. Though we won't be able to officially hear the new track until Feb. 26 when the show begins streaming, I think it's safe to say that Jepsen will bring a whole new sound to a the nostalgia-inducing tune.

It only makes sense that the new theme song will be sung by a woman. While Full House featured three men raising three young girls, the new series will show three women in the same circumstance. Keeping the original theme song but twisting it by giving the reigns to a female pop star is a smart way to give a new twist on such iconic characters. The song is just one more reason why February can't come soon enough.