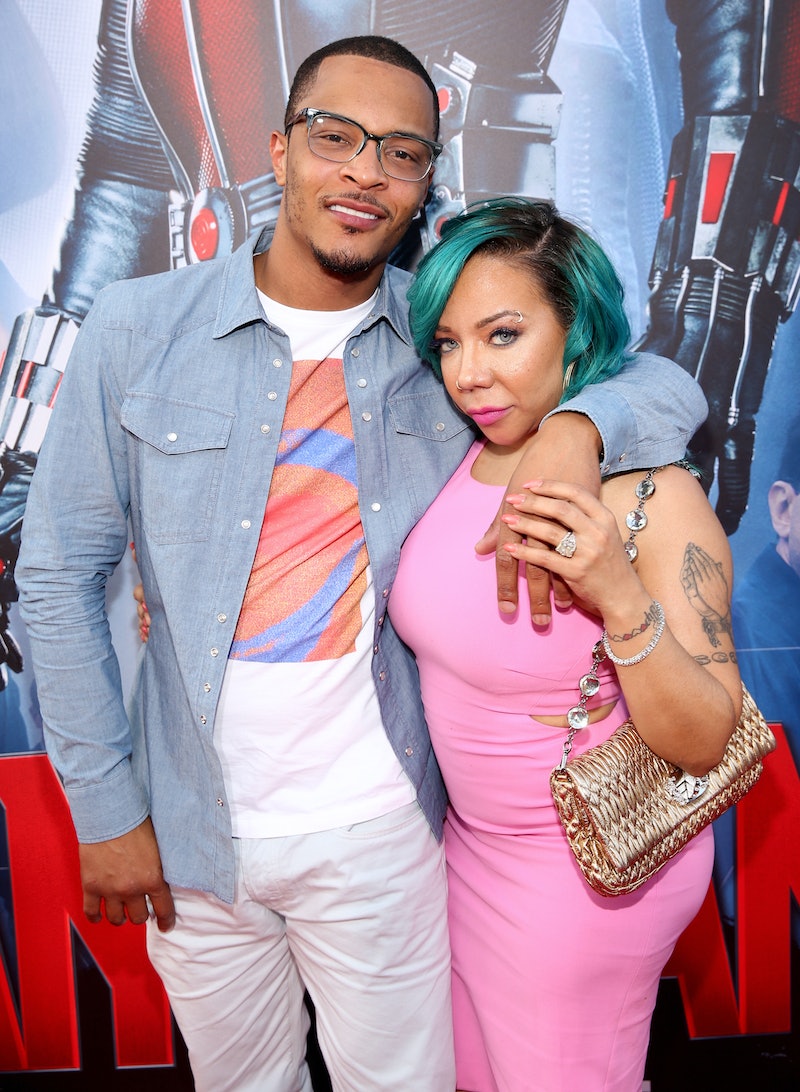 In a happy Christmas announcement, rapper T.I. and wife Tiny revealed they are expecting a baby. Tiny announced the news on her Instagram on December 25 by showing off the gifts she'd received, including a beribboned baby bump. "This is the best Christmas gift you could've ever gave me," she said. This will be the couple's third child; they also have two older boys, Clifford Joseph Harris III and Major Philant Harris. The couple also had a stillborn daughter, Leyah Amore Harris, in 2007. T.I. has three other children from a previous relationship, and Tiny has one.

The family are the stars of the VH1 reality show T.I. & Tiny: The Family Hustle, which chronicles the husband, wife, and six kids' busy lives, family dramas, and career ambitions. Its fifth season aired this summer, though a sixth season is up in the air. There's certainly enough material for one — the duo have been a couple since 2001, having been married in 2010. While there have been some rumors of break-ups along the way, they have seemingly remained remarkably close for a celebrity couple. In celebration of this well documented and #goals-worthy celebrity relationship, as well as the upcoming baby, here are some of the cutest photos of the couple over the years.

Tiny posted this adorable photo on their five-year anniversary.

Promoting their show, The Family Hustle.

Riding Into The Sunset

They survived the ordeal.

T.I. posted this in appreciation of his lovely wife on mother's day.

At A Hawks Game

On The Pink Carpet

Tiny comes up with the cutest captions.

In their adorable music video for T.I.'s "I Got Your Back."

Going a little too crazy with the filters.

Congratulations to the happy couple! Probably the best Christmas gift.