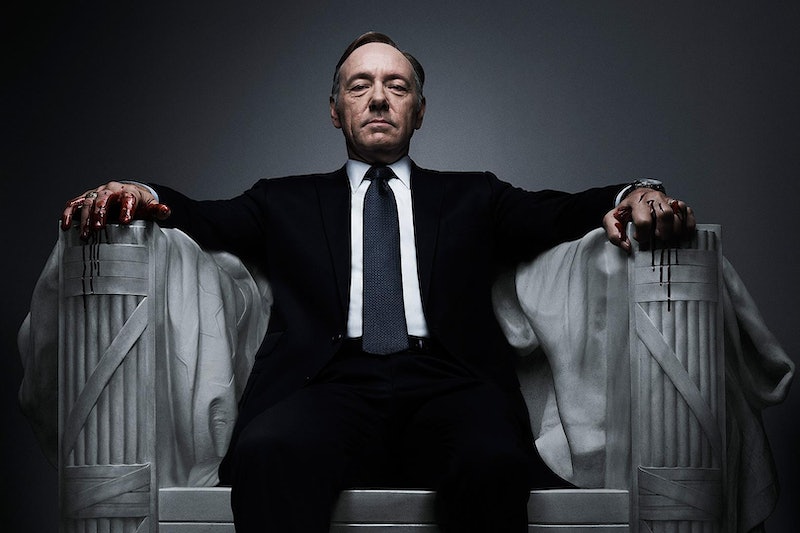 It seems like it would be obvious to anyone who has had a premium cable subscription, watched a television, knows what Netflix is, or has even touched a computer before, but now we have numbers as proof: subscriptions to streaming services like Hulu, Netflix, and Amazon Prime rose four percent over the last two years, while premium cable services like HBO, Showtime, and Starz fell six percent. It makes sense, right?

These services provide a wide array of online programming and are even beginning to venture into producing shows and movies of their own, so many people are starting to make the trade off from premium cable subscriptions to online streaming services. It's part of the "cord cutting" phenomenon that's supposed to make television executives tremble in their boots.

Except that these television executives seem to be continually surprised by numbers like this. Even though Game of Thrones is still the most pirated show and HBO is aware of how many people share their HBO GO passwords, the network seems in no hurry on rolling out a streaming subscription that isn't dependent upon already having a cable subscription. Showtime and Starz also both allow only those who already have their premium cable channels to use their online streaming services.

And this kind of nonchalance toward the impending doom of online streaming services and torrenting isn't just exclusive to premium cable channels. Even channels like PBS seem to be looking to the past for solutions. Although the channel does have a streaming service for its shows, its most popular shows, Sherlock and Downton Abbey, appear in England well before they premiere in the United States. And although that makes them incredibly easy for audiences to torrent, at the Television Critics Association, CEO and President Paula Kerger seemed unconcerned by the issue, citing Downton Abbey viewing parties and saying that the audience now expects the show at its later air date.

Sure, PBS has a largely older, and thus, less technologically savvy audience. But with the ease of pirating shows, this is a fact that's becoming increasingly less true.

More importantly, they have an audience that will presumably pay for things. And that's the most concerning part about all of this: these channels aren't offering services to people who would be willing to pay for them. Sure, like HBO's CEO Richard Pepler believes, some of the people using other people's HBO GO passwords are just twentysomethings watching GIRLS and thus, future HBO customers.

But some people just want to pay to watch Game of Thrones without having to pay a cable subscription every month. Some people would pay to watch Sherlock premiere when it airs in England. Some people would pay to just watch Starz on demand online. (Who? Who are these people?) And when audiences can't pay for these things, they go to whatever else they can find — sometimes Netflix, sometimes pirating television shows.

It's hard to be surprised when these "cord-cutting" news pieces pop up. But it's even harder to feel sorry for the networks who are losing out on these viewers when the solutions are staring them in the face.

More like this
This Is When Netflix Is Going To Start Charging You For Sharing Passwords
By Darshita Goyal
Netflix Shut Down 'Bridgerton' S3 Rumours About A “Very Dark” Storyline
By Bustle
Here’s Everything Coming To & Leaving Netflix In February
By Jake Viswanath
'That '90s Show' Is Officially Coming Back For Season 2
By Gretchen Smail and Grace Wehniainen
Get Even More From Bustle — Sign Up For The Newsletter
From hair trends to relationship advice, our daily newsletter has everything you need to sound like a person who’s on TikTok, even if you aren’t.