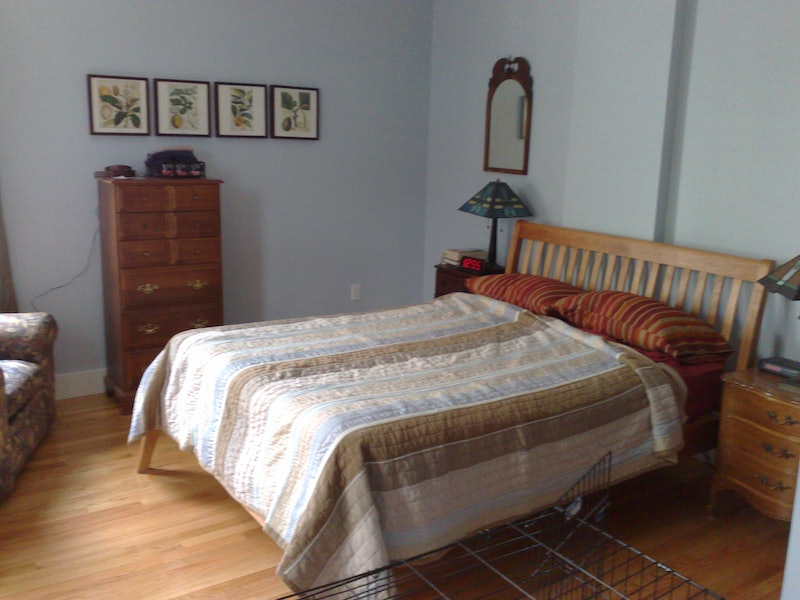 The holidays are, and I say this quite unironically, the most wonderful time of the year. That being said, they can have their ups and downs — starting with looking at your bank account after finishing shopping, and ending with holiday sleeping arrangements. As much as we like to think of our childhood homes remaining untouched after we leave the nest (or are gently pushed out), most parents do something with all the empty space after all their children move out. The result? Homes that aren't exactly equipped for the hordes of relatives that descend during the holidays, leading to sleeping arrangements that aren't always conducive to, well, sleeping.

British journalist Rhodri Marsden drew attention to the phenomenon in 2011, when he posted a photo of the bed he was expected to sleep in while visiting home for the holidays. Thin, small, and featuring a comforter he described as a "slightly unpleasant floral number," the twin bed came complete with childhood toys scattered on top. The picture evoked empathy in many Twitter users, who began posting photos of their own pitiful sleeping arrangements in response. "[The picture] seemed to act as some kind of cathartic catalyst," Marsden wrote for the Independent.

Four years later, Marsden still retweets the most offensive, humiliating, and downright uncomfortable places people are expected to sleep, from cramped twin beds under the watchful eye of Leonardo DiCaprio...

Sometimes the beds themselves are adequate, but the decorations — or the roommates — leave something to be desired.

As for Marsden, years of poking fun at his parents' holiday sleeping arrangements paid off.

The moral of the story? The only surefire way to get a decent room during the holidays is to get a hotel.