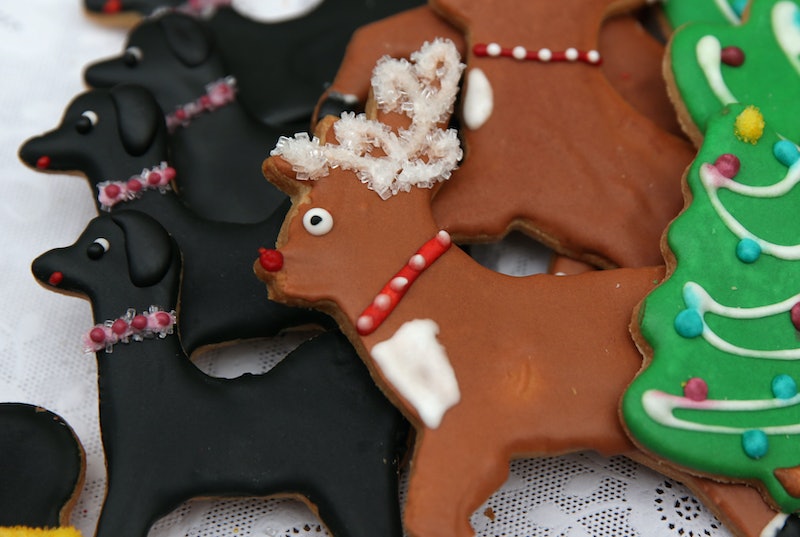 It is no secret that Americans are pretty wasteful when it comes to food, often even trashing stuff that is still perfectly good and safe to eat. But you may want to give your leftover holiday cookies and crackers a second thought, because new research shows that salmonella lives in dry foods after all. The conventional wisdom — that dry foods may lose freshness and flavor but are safe basically forever — is a little more complicated, then.

Noticing an increase in salmonella outbreaks, researchers at the University of Georgia assembled some salmonella-laced sandwiches and shelved them to see whether that might be contributing. The sandwiches' components were things like cookies with icing fillings, and crackers with peanut butter or cheese fillings. Lo and behold, six months later, much of the salmonella was alive and kicking — especially in the cookie sandwiches. Gross!

Though salmonella is not usually dangerous, salmonellosis is extremely unpleasant, and can involve up to a week's worth of gastrointestinal distress. No stale cookie is worth that! These particular cookies weren't developing new salmonella as they sat on the shelf though, they were contaminated by researchers from the start, so they could have made people sick even when they were fresh.

So where does salmonella come from, under non-laboratory ordinary conditions? Unfortunately, it's a sneaky bacteria that's been hard to eradicate — salmonella poisoning has not decreased like other types of food poisoning have. Salmonella often shows up in eggs and poultry, but has shown up in as diverse of places as produce, ground meat, and processed frozen foods. But while it's difficult to avoid across the board, you can take some steps to protect yourself and whoever else is eating your food.

Cookies could especially end up salmonella poisoned anytime they contain eggs, which may only get lightly cooked during the brief baking process. If there are going to be pregnant and old people at that holiday gathering, or if you want to save the leftovers at room temperature for a while, you might therefore do well to try your hand at vegan cookie baking instead.