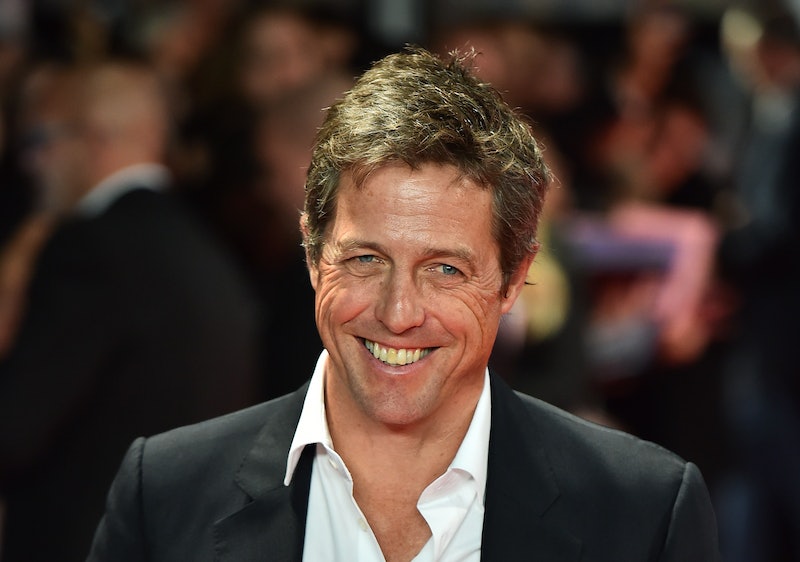 Even before the Internet and social media were major driving forces, the world has always found endless entertainment and titillation from a celebrity scandal. One minor infraction could launch thousands of headlines, paparazzi photos, and tabloid TV shows you'd watch at dinner time. Celebrity scandals from the '90s totally ruled all those old school mediums in a pre-Twitter and pre-Facebook world. Crazy to think that back then, celebs couldn't do social media damage control, like Steve Harvey's funny post-Miss Universe tweet about Easter being Christmas or Kayne West's many Twitter missives after controversial actions.

And maybe it was better that way. Can you imagine if OJ Simpson had Twitter during his murder trial and how much crazier it would've been? Or how about during President Bill Clinton's Monica Lewinsky scandal? He wouldn't have had to make that public "I did not have sexual relations" declaration on TV — it could've been done in an Instagram video. And sure, social media has changed the game, but every once and a while there are still questionable paparazzi photos that gain attention — from Mary-Kate Olsen drinking a cup of Starbucks to Ashton Kutcher walking out of a Thai massage parlor — because they are celebs, after all.

But the '90s really had the craziest ones. Aside from Simpson and Clinton, here are some other celeb scandals you may have forgotten from the decade.

1. Hugh Grant Was Arrested With A Prostitute

In 1995, Grant was a dashing British actor on the rise. He gained a fan base from his breakout role in the movie Four Weddings and a Funeral, he was about to lead his first big film Nine Months with Julianne Moore, and he was in a long-term relationship with British model/actress Elizabeth Hurley. But right before he was set to promote Nine Months with many public appearances, Grant was arrested for soliciting oral sex with Hollywood prostitute Divine Brown. Uh oh.

But Grant fessed up on The Tonight Show With Jay Leno. "What the hell were you thinking?" Leno famously asked, to which the actor replied, "I think you know in life what's a good thing to do and what's a bad thing, and I did a bad thing. And there you have it."

Lisa "Left-Eye" Lopes found much success in the R&B girl group TLC, but in 1994, her personal life took a scandalous turn. She set fire to boyfriend Andre Rison's tennis shoes in his bathtub — claiming revenge for physically abusing her, according to VH1 — and the flames subsequently burned down his entire Atlanta mansion. Sadly, Lopes died in 2002 in a car accident.

3. Eddie Murphy Was Found With A Prostitute

In 1997, Murphy got tangled in a web involved a transgender prostitute named Atisone Seiuli, who was arrested in the comedian's car in Los Angeles. Murphy did not get arrested himself, saying that he was simply giving Seiuli a ride, but that didn't stop scandal from a-brewing.

There's a reason why Roberts' movie Runaway Bride was almost too real — because she has been an actual bride on the run. In 1991, the It Girl was set to marry It Guy Sutherland in what People called "the fantasy wedding of the decade." But then suddenly, the Los Angeles nuptials were called off and Roberts jetted off to Ireland with actor Jason Patric.

But all is now forgiven between Roberts and Sutherland. "I commend Julia for seeing how young and silly we were, even as painful and difficult as it was," Sutherland said in 2007, according to Glamour. As for Sutherland and Patric, they're on good terms now, too. In 2011, they co-starred in Broadway's That Championship Season together, years after they became friends on the set of the 1987 film The Lost Boys. "We were 19 years old back then, so we're men with full lives behind us now," Patric told Vulture in 2011. "Wow, 25, a quarter-century later there’s Kiefer and now he’s playing my brother. Something interesting about it as far as the cosmos go."

5. Milli Vanilli Was Stripped Of Their Grammy

The Grammy-winning pop duo asked listeners to "Blame It On The Rain" in their hit song, but soon the blame was on them — Milli Vanilli was exposed as lip-synching their songs and were stripped of their Grammy for Best New Artist in 1990. Ouch.

Figure skaters Harding and Kerrigan were both on Team USA during the 1994 Winter Olympics, but their rivalry turned dangerous when Harding plotted to injure Kerrigan, who got whacked in the knee with a club. The man behind the club turned out to be tied to Harding and her ex-husband, giving more attention to the scandal than the sport. As for Kerrigan, she rebounded to win a silver medal at the games.

Paul Reuben's famous beloved children's character name took on whole other meaning when the entertainer was arrested in a Florida adult theater for ahem, exposing himself in 1991. According to Entertainment Weekly back then, the scandal became the hottest news story of the summer of 1991.

It took awhile, but even Reubens rebounded from his scandal and he's filming a Pee-Wee Herman holiday movie for Netflix this year. Even the biggest scandal-makers from the '90s can make good years later, it seems.