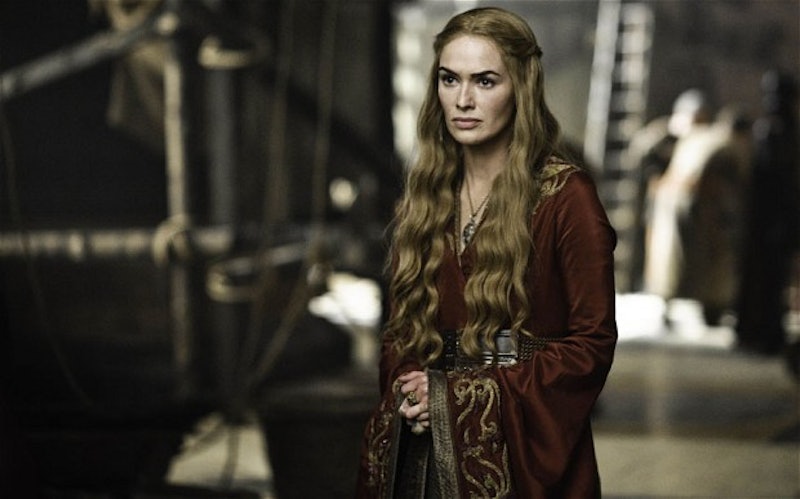 Got a parent who refuses to acknowledge that she or he isn't the center of the universe, freaks out if things don't go their way, and needs to be constantly soothed like a big baby? Congratulations: you may have yourself an emotionally immature parent. And by "immature" we don't just mean sticking out their tongue at rude drivers; we mean seriously unable to cope with the emotional requirements of caring for another human being.

It's important to recognize that there isn't just one mould of immaturity in adult emotional life. There are, according to psychotherapist Dr. Lindsey Gibson, four distinct different kinds of emotionally immature parents. You have the passive parents, who can't be bothered to get involved; the driven parents, who never slow down; the emotional parents, who are compulsively over-involved or neglectful; and the rejecting parents, who detach completely. Gibson points out that, despite the four types, there are common denominators that unite them all. It's also a matter of degree: a little emotional immaturity can be part of the mix of a good parent, but a full-blown emotionally immature nightmare leads straight to toxic parenthood.

If you think you may have an emotionally immature parent, here are some of the classic signs to watch out for. And if this starts you down the path of some serious reevaluation, go pick up Gibson's seminal book on the topic, Adult Children Of Emotionally Immature Parents, to help you clear your path a little.

Here's the number one priority to an emotionally immature parent: themselves, themselves, and virtually always themselves. Even if they say, and truly believe, that you're the center of their world, they'll always act out most violently if they don't get their own way or if their preferences have to come last.

People with emotional maturity are able to compromise, calm down, recognize irrationality, and can express themselves properly. Those who are immature, however, have inappropriate outbursts, have simplistic views that they can't be talked out of, and rarely take responsibility for their outrage or dismay once it happens in tornado-fashion. It's a true toddler reaction, and makes you into the "rational" one very early on as a child.

2. They Don't Know How To Deal With Their Emotions

According to Dr. Gibson, one of the main criteria for an emotionally immature parent is that they have no idea how to deal with their own emotional lives. They haven't developed to a point where they can deal with or handle developments that make them angry, sad, or insecure, and that confusion is what makes them unable to care properly: they don't really "get" how their own internal gauge works and seem to have no realistic control over it. They're not great at realistic self-reflection, and getting them to go to therapy is like dragging a horse from a ditch.

3. Things Go Smoothly Only When They're The Center Of Attention

Emotional immaturity keeps people stuck in a petulant, toddler-esque state of emotional stasis where they can't function unless they feel completely secure and appreciated. That means all eyes on them, at all times, giving love, and satisfying their demands. If they can't be the center of attention, they'll dance around until they can attract it again; that means some very silly upstaging activities, withholding, sulking, tantrums, dramatics, and god knows what else.

That ends up having ripple effects on you, whether it's embarrassment, guilt, shame, a need to hide their behavior, or a belief that you'll never "deserve" the spotlight as much as they do. Their inability to self-reflect means that this all seems like perfectly reasonable behavior to them.

4. They Don't Give Rational Or Empathetic Responses

The emotionally immature parent has strange reactions that, to a normal and stable human being, seem completely loony. You're moving away to school and they get insanely petulant that you're leaving them; you ask about dinner and they erupt with defensiveness; you walk down the street on your own and they freak about your getting murdered. It's a matter of voicing whichever emotion surfaces first and hardest, without respect for your feelings or those around you. They're preoccupied with expressing, in insensitive ways, how they feel, and your thoughts about this don't matter, which gives you an unnecessary emotional beating every time.

5. They Can Be Emotionally Hungry

The phenomenon of "emotional hunger" is an important one for the children of emotionally immature parents. Emotional hunger is based on a deep sense of unconscious emptiness in the parent's own life, possibly leftover from childhood, that they attempt to fix by procuring affection from their child, often by over-parenting them compulsively. Emotionally hungry parents need desperately to be needed for their own reasons, not for any benefit of the child's, and are inclined to overlook evidence that their search for love might be creating problems with their kid.

The offspring of emotionally hungry parents never feel the full safety of a nourishing love, and can often grow up feeling empty themselves.

6. Your Needs And Feelings Aren't Heard Or Validated

The big lack of nourishment that children of emotionally immature parents suffer comes from invalidation. They're not heard or really seen, except as an accessory to their parents; their inner emotional lives aren't understood, appreciated, or really even believed in. The emotionally immature parent can't even handle their own inner life, let alone be able to acknowledge their child's.

You may find it hard as an adult to have a coherent view of your own personality or emotional perspective. You're also likely used to putting your own needs and requirements last.

7. You Found Yourself Acting Like An Adult Very Early

In many situations the "parent" in an emotionally immature parent's life isn't them: it's somebody else, and often, that's you. Children of emotionally immature parents can actually grow up to be capable, rational people, because they've had to have a nurturing, calming role and learn to sideline their own emotions from an early age. They've had to become adults rapidly to deal with "emotional contagion," or mitigating a parent's emotions so they don't completely engulf the entire family.

It's not natural, though; many kids who find themselves in this position discover a bit too late that they may have been deprived of some of the fun, irresponsible parts of childhood. It's also common that kids in this situation grow into anxious, insecure adults who don't know what to do with their own emotions. Premature adulthood will do that to you.