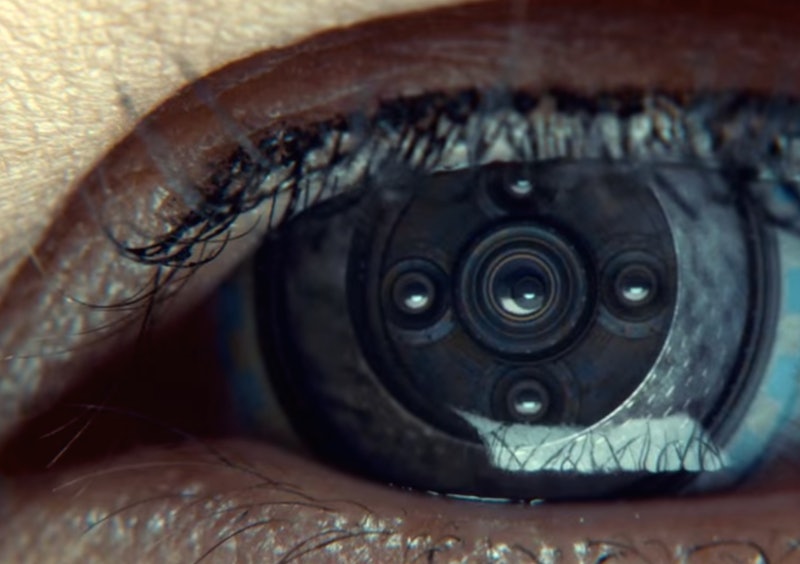 Orphan Black Season 4 comes steadily closer, and fans who were hoping to glean some clues about the content of the season based on the Orphan Black Season 4 teaser released by BBC are going to be incredibly disappointed. The 15 second teaser shows us absolutely no new footage, unless you count a never-ending close up of an eye and heavy breathing as footage. It looks like Sarah Manning and the rest of Clone Club are in danger again (duh), and Sarah probably isn't handling it as well as she could or should. That alone is enough to make me excited, Sarah being my second favorite Clone and the one whose flaws I find the most relatable, but the eyeful I got of this teaser, pun intended, just gave me chills.

According to US Weekly, the description of the fourth season of the little show that could is as follows: "Season 4 of the drama will see leader-of-the-pack, Sarah, reluctantly return home from her Icelandic hideout to track down an elusive and mysterious ally tied to the clone who started it all, Beth Childs. Sarah will follow Beth’s footsteps into a dangerous relationship with a potent new enemy, heading in a horrifying new direction. Under constant pressure to protect the sisterhood and keep everyone safe, Sarah’s old habits begin to resurface. As the close-knit sisters are pulled in disparate directions, Sarah finds herself estranged from the loving relationships that changed her for the better."

At this point, the show is best known for starring Tatiana Maslany in basically all of the main roles and for the fact that Maslany has never been recognized with an Emmy win for playing several characters at once, all different to the point of genuinely looking different to some fans, without missing a beat. However, the fans of the show are dedicated and proud members of Clone Club, and I'm sure that they, like me, will be watching this teaser over and over again until we get a full trailer between now and April 2016. Season 4 looks like it will be every bit as epic as the three seasons that came before it, and, though the dangers that Clone Club will get into will most certainly break my heart, I just can't get enough.