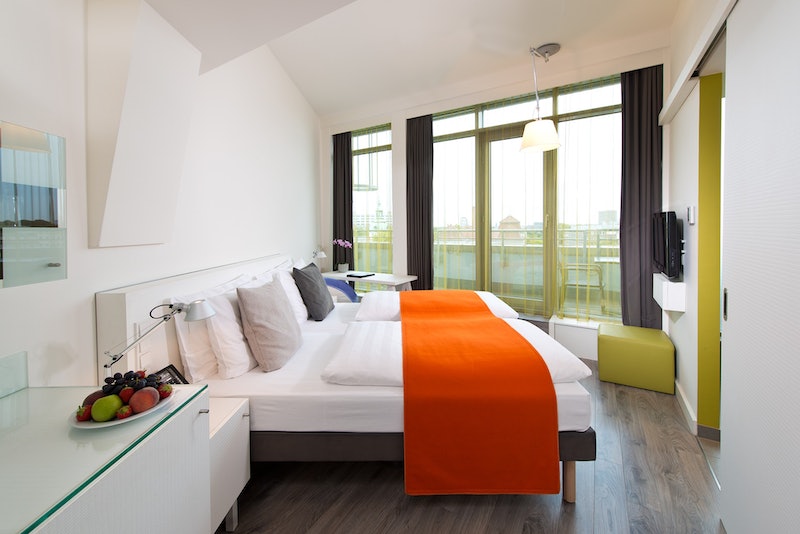 Hotels are some seriously glamorous places, right? Room service, fluffy robes, all those little mini bar treats. And germs! A lot of germs. An extra amount of germs. Oh, did you not think germs were included in your hotel experience? That’s cute. Here are the dirtiest places in your hotel room, because I’m the Grinch and my heart is three sizes too small and I enjoy ruining your blissful ignorance. Read up, you little intrepid travelers. This is about to get upsetting.

Recently, an investigative news report from WKMG Local 6 in Orlando, Fla. went undercover to discover what gets cleaned in the average hotel room — and what stays really, really dirty. I guarantee it’s not what you think. The WKMG team set hidden cameras at two local hotels, along with a few little tests, including putting honey on certain surfaces to see if the stickiness remained after housekeeping had come through. Several times, the remote control remained nasty. Horrible. Light switches and doorknobs — the little places where gross people touch a lot.

And yet, a surprising element: Bathrooms were, across the board, pretty clean. So that's a nice spot of sunshine. Also, it's worth noting that not all hotels suffer from the same issues. So... there's that.

I do feel conflicted when it comes to trapping the cleaning crew of a hotel, though. Like, their job is tough. And thankless. According to Jim Inglis, program director for Valencia College’s Hotel Restaurant Management Program, housekeepers once used to clean a total of around 16 rooms a day; now, though, they’re often required to clean as many as 32 rooms per day in the same amount of time. Since, as far as I know, Hermione’s Time-Turner has not yet become a reality… well, I can see how something might have to give. I am also firmly of the belief that housekeepers are not paid nearly enough for what they do, because by my estimation, it should be about $1 million to clean up after some seriously nasty humans.

Regardless, you should know where the germs are a-lurkin'. Here are the five dirtiest places in your hotel room, according to WKMG's report. I'm sorry. I'm so sorry,

This is terrible, horrible news. Cable and Pay-Per-View is, like, a big thing about hotels. And now, apparently, remote controls are covered in E. Coli and other horrible, disgusting germs, according to WKMG. Furthermore, they're not the only ones who found that remote controls are the germiest places in the entire hotel room; a Rossen Report from 2014 noted the same thing.

My mother has been insisting that hotel bedspreads are filthy for years and now, finally, I guess it’s time to admit she was right. Pillowcases and sheets are changed with each guest change, duh — but, said Jim Inglis to WKMG, comforters and bedspreads are bulky and harder to wash, so they’re not laundered each time. Marketplace also found that comforters tend to be on the germier side in 2013, too.

I have no remedy for this dirty bedspread problem. Just don’t touch it?

SOMETIMES GLASSES ARE JUST WIPED DOWN, ACCORDING TO WKMG. SOMETIMES GLASSES JUST GET SPRAYED WITH GLASS CLEANER. NO THANK YOU. NO THANK YOU, NOT ONE BIT. This, by the way, is apparently why disposable paper cups are making more common appearances in hotel rooms; they're always fresh, unlike their reusable cousins.

Kick the door open. Because people are nasty and don't wash their hands and then touch the door.

Nothing good can stay. I'm covering everything ever with Lysol. You'll find me sitting in the dark in a cloud of disinfectant.