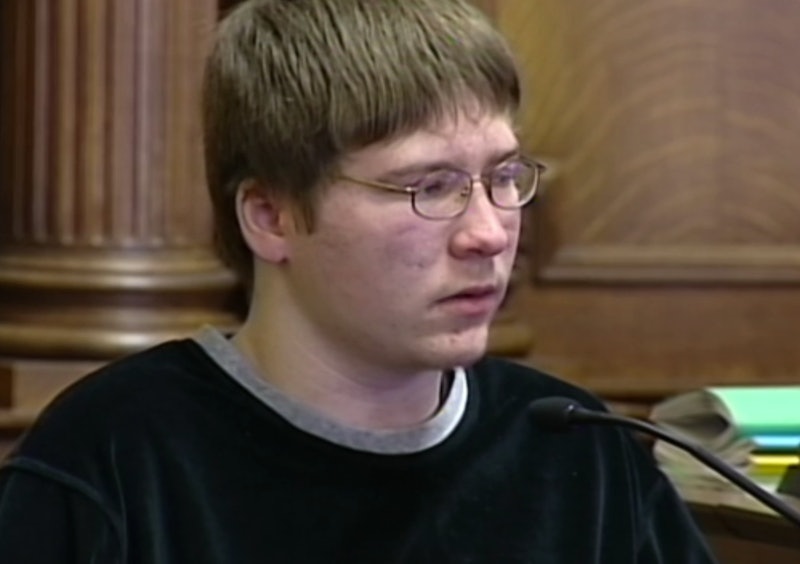 Courts are reviewing one of the potential wrongful convictions scrutinized in the new Netflix documentary series Making a Murderer — but not for the central subject, Steven Avery. The series has drawn a lot of attention to the potential wrongful conviction of Avery in the gruesome murder of Teresa Halbach, a photographer from rural Wisconsin. But it's Avery's nephew, Brendan Dassey, who may now get another day in court.

A suit filed by Dassey's lawyers will be ruled on by a federal judge. It could result in a new trial, or even Dassey's release. Dassey's legal team contends that he was illegally arrested and incarcerated in connection with Halbach's murder, and thus they submitted a petition for a writ of habeas corpus — a request for an order that would bring Dassey to court to determine whether he is lawfully imprisoned.

Both Dassey's lawyers and the Wisconsin Department of Justice have filed briefs in the case, meaning that the Federal Magistrate, Judge William E. Duffin of Milwaukee, may review them and make his decision. There's no timetable on this, as court officials told the Post-Crescent. Besides ordering a new trial or releasing Dassey, the magistrate could also reject the petition.

Dassey was 16 at the time of Halbach's murder. While being interrogated by police, he implicated himself, claiming that Avery had told him to rape Halbach and help dispose of the body. Making a Murderer describes Dassey as learning disabled and unable to read above a fourth-grade level.

According to the Post-Crescent and a Department of Justice brief filed earlier this year, Dassey's lawyers have claimed since the beginning of the appeals process that his age and intellectual abilities prevented him from resisting psychological interrogation tactics. They also claim that his pretrial lawyer did not have his best interests in mind when pursuing a plea deal.

"Something wrong happened here," says Laura Nirider, one of Dassey's lawyers — an attorney at Bluhm Legal Clinic at the Northwestern University School of Law in Chicago. "Everybody has a right to have a loyal attorney. His confession was fictitious."

Dassey, like Avery, was sentenced to life in prison for being a party to first-degree intentional homicide, sexually assaulting Halbach, and mutilating her body. He will be eligible for parole on Oct. 31, 2048. Now 26, he is serving his time at Green Bay Correctional Institution. In January 2013, a Wisconsin state appeals court denied Dassey's request for a new trial, and later that year, the state supreme court declined his request to review the case.

Making a Murderer has drawn a lot of attention to this case, resulting in long Reddit threads and a Change.org petition to free Dassey. The first episode can be streamed on YouTube, but the other nine require a subscription to Netflix. While awaiting the judge's decision, watch the series to learn about the case and decide for yourself whether you think Avery and/or Dassey are guilty.