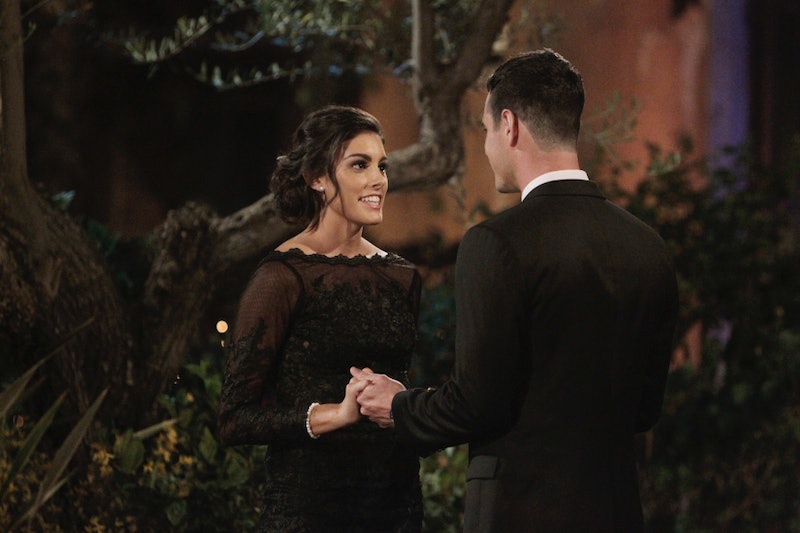 Ah, another year, another season of The Bachelor to warm our cold hands and thaw our winter hearts. This time around, the man looking for love is Ben Higgins, and, once again, ABC has chosen some great female contestants who Ben will woo and get to know before selecting one to be his lifelong lady mate. As always, I love a good underdog — almost as much as I love a great round of reality television editing. That’s why I’m particularly interested in Bachelor contestant Lace Morris, who has a good at winning Ben's heart.

According to her ABC profile, Lace is 25 years old and currently resides in Denver, Colorado. If she and Ben were to fall in love, this would be pretty convenient, as Ben also resides in Denver. No awkward conversation about where you’ll move after knowing each other for three weeks here! I really think that’s a big part of what breaks down Bachelor couples after the show is over — long distance dating — so Ben and Lace would have that in their favor. Lace is 5’10”, has two tattoos (if she lasts long enough, I’m sure we’ll see them in a ubiquitous hot tub scene), and likes rap, r&b, and country music. Sounds like your everyday millennial American girl, doesn’t she? But then again, so did Courtney Robertson from Ben Flajnik's season.

When it comes to her social media game, Lace has got it locked up — literally. Her Instagram is already private, and there's nothing active on any other social network. This lady had the right idea in shutting everything down before The Bachelor madness (although it does make my job just a bit harder, so thanks for that, Lace). Everyone is about to know everything about you, so I can understand why you don’t want me looking at pictures of your puppy and your recent happy hour with your coworkers. Oh, and speaking of coworkers, according to her LinkedIn profile, Lace is a realtor at Keller Williams Realty, Inc. in Denver. If she and Ben don’t have a love connection, perhaps she can help him find a new dwelling?

Though the first episode of The Bachelor hasn’t aired yet, Entertainment Weekly shared a sneak peek, which involves some drama with Lace and Ben. When she first steps out of the limo (as one does on The Bachelor), she and Ben share a little kiss. Later, a wined-up Lace asks Ben if they can redo their kiss because she doesn’t think it was good enough, and he doesn’t exactly oblige her. Ben says it’s not because he’s not interested in kissing her again, but because he wants to get to know her better. That’s fair, isn’t it?

Personally, and from what I’ve seen and read on spoiler sites like Reality Steve (do not go click that link unless you want a lot of spoilers — I mean it), Lane may be shown as the “villain” of the season. Demanding two kisses from Ben at the onset seems like just the beginning for this Denver gal. We’ll have to wait just a little while more before we really meet Lace, and I can’t wait to see how she fares on Ben’s season.