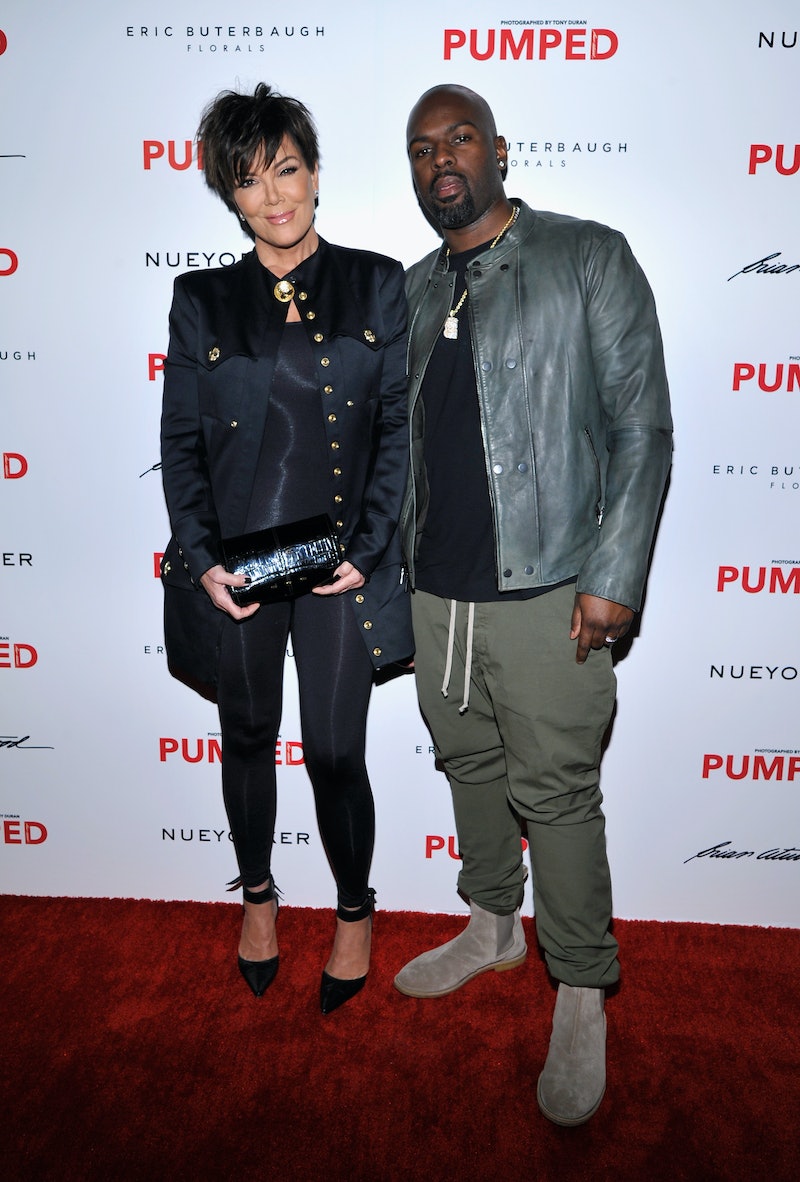 If you've been watching the current season of Keeping Up with the Kardashians, you're certainly familiar with Kris Jenner's hot new romance with Corey Gamble. In fact, Mama Jenner hasn't been shy this season about revealing how into Gamble she really is, telling a grossed-out Khloé Kardashian that she's "literally having too much sex" and that she's "exhausted" (thanks, Mom!). Gamble is now basically a regular on the show, appearing on most of this season's episodes in some capacity or another. Her kids have expressed concern for their mom's happiness with her younger man, but it seems like these two are head over heels in love with each other. So, how did the 35-year-old music road manager meet the 60-year-old momager?

Turns out, there may be a Justin Bieber connection. In fact, Gamble works in the music industry with Scooter Braun, Bieber's longtime manager, mentor, and close friend. Bieber has been a longtime family friend of the Kardashian-Jenner clan (and possible paramour of Kourtney Kardashian's, if you believe the slew of recent tabloid reports), so Gamble and Jenner clearly run in similar circles. Ultimately, it seems like it was only a matter of time before these two got to know each other.

As for when they actually met, it turns out there may also be a Kanye West connection! Yep, it all started at a star-studded 40th birthday bash in Ibiza in 2014 for West's longtime best friend and fashion collaborator Riccardo Tisci. Tisci, the creative director for couture fashion house Givenchy, celebrated his milestone birthday in August of 2014 surrounded by a group of fashion and music elite, including West, Bieber, Gamble, and several Kardashian-Jenners, (Kim, Kris, and Kendall). Tisci and West are so close that the rapper performed at the party, and Tisci designed Kim's wedding dress for their May 2014 nuptials.

Though the two weren't photographed at their very first meeting, they've shared some sweet snaps on social media as their romance begins to blossom. Check out their cutest Insta shots here:

The Question On All Of Our Minds

Seriously, Scott. We were all dying to know!

Hanging With Mr. And Mrs. Cyrus

Their Future's So Bright...

Gamble even joined the fam's Thanksgiving gathering this year.

Kourtney's Kids Love Him, Too

Here's hoping that 2016 brings more adorable moments for Jenner and her beau!

More like this
Selena Gomez Reacts To TikTok Users Who Say She Shaded Hailey Bieber
By Grace Wehniainen
Kourtney Kardashian Broke Her Engagement Ring & Cried In Her Closet For Hours
By Jake Viswanath
Scott Disick’s First Time Around Kravis Was “Awkward,” To Say The Least
By Jake Viswanath
Kim Kardashian Joked That Her Wedding To Kris Humphries Was A “Gay Wedding”
By Jake Viswanath
Get Even More From Bustle — Sign Up For The Newsletter