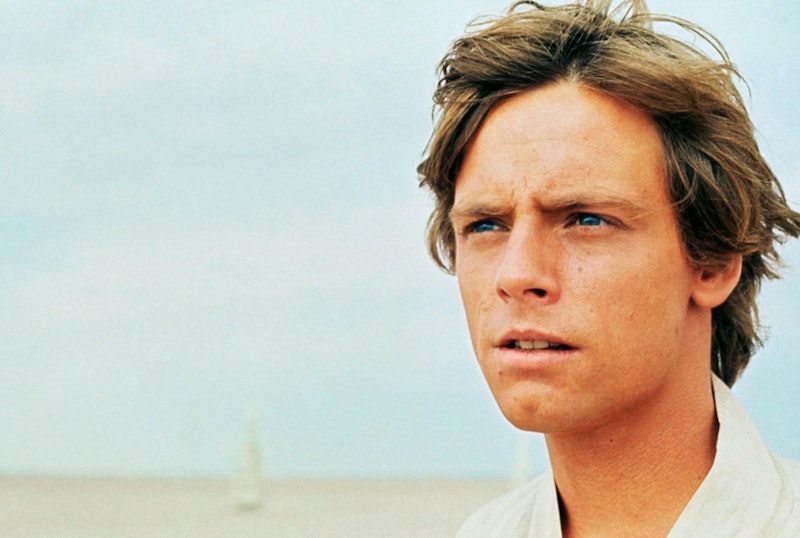 Star Wars: Episode VII — The Force Awakens left viewers with so many questions. One of the biggest of these was why had Luke Skywalker been living on a mysterious island away from everyone he knew for the longest time? And, more importantly, where did they film the now iconic scene between when Rey finally finds Skywalker? In this scene, the characters seem to stare at each other on a mountaintop for the longest time without saying a word, while a camera pans around them from above getting the most awesome shot. So where is Luke Skywalker's secret island? Can we visit? If I'm ready to book my 2016 holiday, like, right now, is Skywalker's island hiding place a real life destination I can visit? If you've been asking these exact same questions, you've come to the right place.

The spectacular looking island which ends Star Wars: Episode VII — The Force Awakens is in fact a real place. It's an island called Skellig Michael off the coast of Ireland! Writing for MTV, Kat Rosenfield says, "It’s actually the IRL home of an ancient Christian monastery that was built in the sixth century, which made it a very appropriate location for Luke to spend thirty years thinking deep, Force-ful thoughts and cultivating that magnificent beard." It certainly sounds like an appropriate home for him

Speaking at the Press Conference for Star Wars: Episode VII — The Force Awakens, J.J. Abrams described what it was like filming at Skellig Michael. Abrams said, "You think 'This is beautiful', then you realise, 'This is perilous also,'" speaking of the sheer drops of the mountains cliffs, and the potentially dangerous conditions. Abrams also mentioned what he called the "ten million puffins" that were on the island when they got there, but were gone after the first day. It's interesting to hear Abrams discuss the wildlife present on Luke Skywalker's island, and the challenges the crew faced filming at such a remote place. Still, all the risks totally paid off, as the final shots of the movie are stunning.

CNN details the trials visitors will face on the island, which include having to "walk up 600 steep steps (not recommended for small children or others with trouble climbing) to the beehive huts of what was once one of Europe's most remote religious communities," and waiting for "boats that land on the island depart daily from Portmagee, County Kerry." While this is by no means an easy holiday destination to get it, it certainly sounds like a rewarding one, and now that it's Luke Skywalker's residing place, Skellig Michael is sure to have its most successful holiday season ever in 2016.

If you fancy a trip yourself, along with your Jedi friends, check out The Skellig Experience for details of how to visit. And get in training for those 600 steps with some extra cardio immediately.