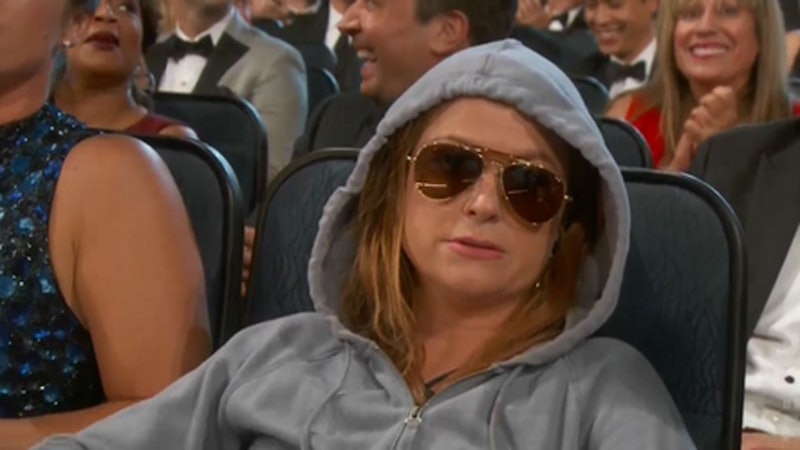 I have had a hangover, you have had a hangover, we have all had a hangover. So, you know as well as I do that the severity of said hangover can vary greatly. The one thing that remains the same despite the variance is that the only reprieve from the pain is immersing yourself in the fictional world of television while trying to become one with your couch. (Because couches are inanimate objects, and inanimate objects can't acquire a sensitivity to light, noise, smell, and life. Inanimate objects can't suffer like you are suffering. They just hold you while you're suffering.) That said, watching TV when you're hungover is not exactly simple.

I know that better than anyone. As a result of frozen margarita vengeance the summer before last, I had nursed an all-day hangover and tried to distract myself with various TV shows. None of them stuck, on account of me dying, but the bearable light and muted sounds of the television had a way of calming me down and making me forget, for just one second, that I was one big nerve ending. I mean, at least until the cast of New Girl played True American, aka Satan's drinking game, and I died another little death.

The moral of the story? Watch TV while you're hungover, but, for the love of god, do it responsibly. In light of my harrowing experience, here are the 13 stages of watching TV while hungover in illustrated form. They happened to me, they've happened to you, and they will happen to us all again.