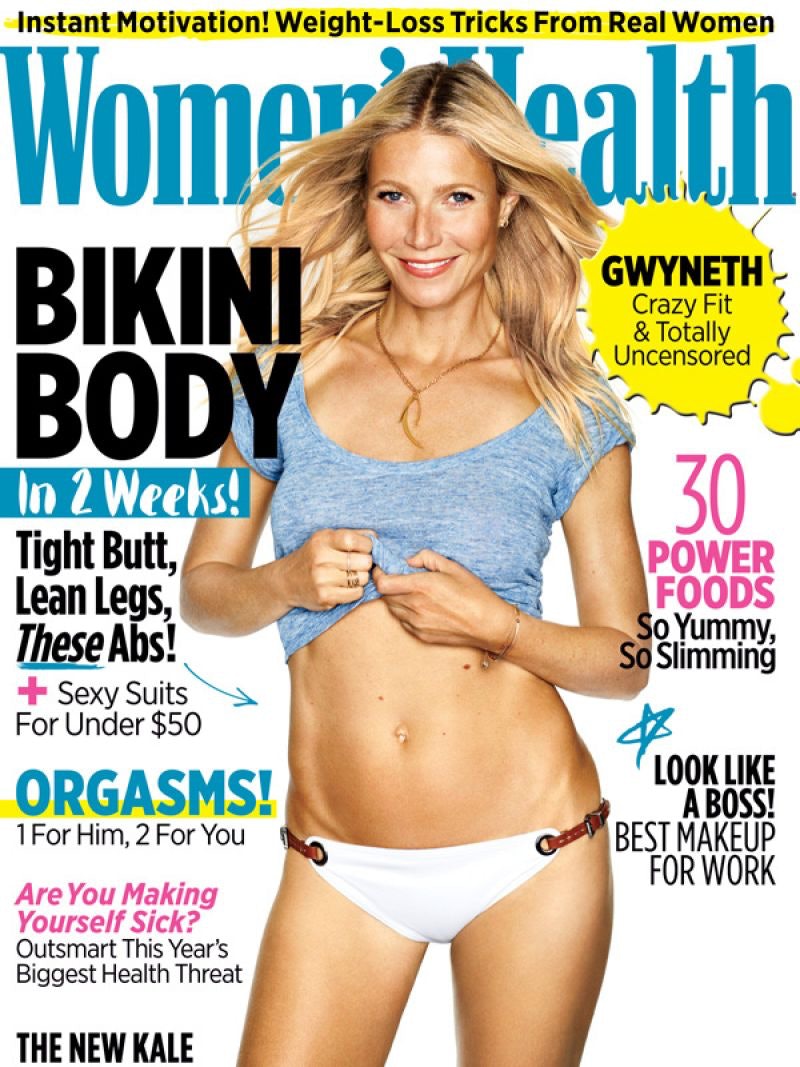 Of all the things I'd hope to change in the new year, it would definitely be a more body positive media. We haven't even rung in 2016 yet, but it looks like that is already underway. According to Newsweek, Women's Health won't use "bikini body" on future covers, so hopefully all this emphasis on punishing ourselves in the efforts to have an idealistic body start to dissipate even more.

You'll be hard pressed to go into any store and not find a magazine cover talking about women's bodies, and Women's Health is definitely one of the more common perpetrators. The glossy is famous for their "bikini body" and "drop two sizes" cover phrases, but that tradition is about to be retired. Thanks to reader feedback in a recent survey, the magazine announced on Tuesday that it would stop using both phrases on all future covers.

“We want to always empower women, not make them feel bad about themselves.” said magazine editor in chief, Amy Keller Laird. Instead, Women's Health strives to “get[ting] the focus back on health and not always just about being thin.” Word.

Given the rise of body positivity this past year, this is definitely a decision that was not only needed, but also proves that the media is capable of listening and responding to the public's feedback. Here's hoping more magazines follow in their footsteps.

This is the last time you're going to be seeing a cover like this....at least from Women's Health, that is.

More like this
Rita Ora’s Sheer Dress & Mermaid-Inspired Prosthetics Stun At British Fashion Awards
By Sophie McEvoy
60 Small, Inexpensive Gifts People Love
By Julie Peck and Claire Epting
Retinol Serums Vs. Creams: Which One Is Right For You?
By Caroline Goldstein
All The Most Stylish Winter Wardrobe Staples You Can Buy On Walmart.com
By Jessie Quinn
Get Even More From Bustle — Sign Up For The Newsletter