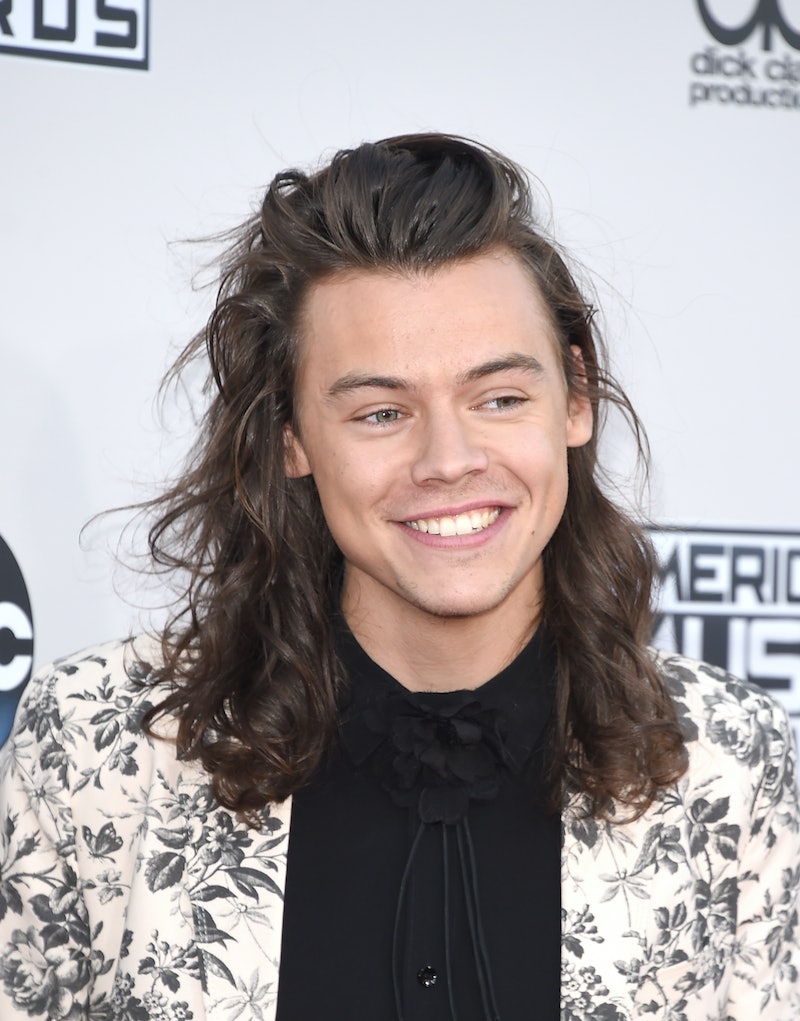 It's no secret that Harry Styles loves his tattoos, and he's constantly adding new ones (and even getting rid of old ones...), so after his most recent addition, you might be wondering just where does Harry Styles gets his tattoos? I mean, he wouldn't trust just anyone with his perfect body...right?

Styles might be from the UK, but he's constantly traveling and on the road, so when the tattoo urge strikes, he's got to have multiple go-tos. One of his favorites is Kevin Paul, a celebrity tattoo artist who's also known for inking up Rihanna and Ed Sheeran. He runs his own studio in Derby, England, the site where Sheeran and Styles got their matching Pingu the penguin tattoos. Adorbs.

And while Paul didn't divulge any hidden meanings behind the One Direction singer's tats (other than that he and Sheeran really like Pingu), he did share his feelings on Styles as a person. "I've worked with a lot of people and I find it's the ones that haven't had much success that are usually very hard to get on with, and it was refreshing that someone as big as Harry was so humble," Paul said. Not that I had any doubts about that.

Even a non-superfan would know that when Styles is in LA, he visits Shamrock Social Club to see Freddy Negrete. Not ringing a bill? He gave Styles the infamous ship tattoo while he was dating Taylor Swift. Yep, now you remember.

But not all of Styles' tattoos happened at parlors. This month, he got a new tattoo on The Late Late Show , thanks to losing a round of "tattoo roulette." (Because of course he did.) So what did he get? The words "Late Late".

More like this
Harry Styles Stans Are In Their Feelings Over Alessandro Michele Leaving Gucci
By El Hunt
All The Products Hailey Bieber Used For Her Birthday Makeup Look
By Olivia Rose Ferreiro
Kim Kardashian On The Beauty Hack That “Changed My Life, My Skin, My Confidence”
By Taylor Jean Stephan
Rita Ora’s Sheer Dress & Mermaid-Inspired Prosthetics Stun At British Fashion Awards
By Sophie McEvoy
Get Even More From Bustle — Sign Up For The Newsletter