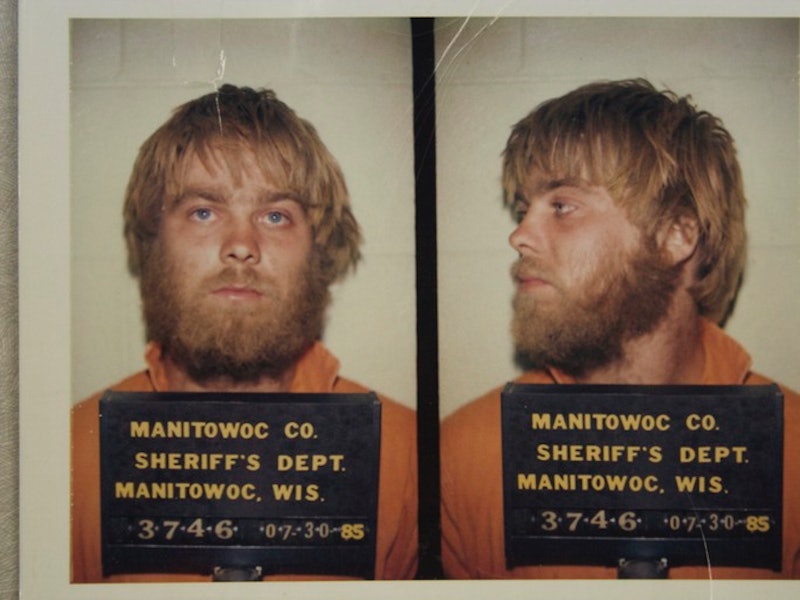 Most people who've been hearing the name "Steven Avery" know it from the Netflix series Making a Murderer, which focuses on his 2007 conviction for the murder of Teresa Halbach. But the first episode of the docuseries told a separate story — that of Avery's 1985 conviction for the rape and assault of Penny Beerntsen. DNA evidence later exonerated Avery, after he spent 18 years in prison. What exactly was found that led to his release in 2003?

There were two separate DNA samples that could have led to Avery's release. The first one proved inconclusive. As the Innocence Project, which took on Avery's case, reported, a fingernail scraping sample showed that there was unknown DNA underneath Beerntsen's nails. But as the Neflix series explained, DNA in that situation can only be broken down into groups called "alleles." And though there were alleles that matched Avery, there were also alleles that could not have belonged to him. However, because he was a match for some of the DNA, the Wisconsin Court of Appeals found that "the DNA evidence does not make it any more or less probable that Avery assaulted P.B." So it came down to one other thing that could exonerate Avery.

Early in the first episode, Netflix introduces Gregory Allen, a felon and "notorious sexual predator," according to The Post-Crescent. Allen resembled Avery, but actually better fit Beersten's description of her attacker. And DNA in a pubic hair found on Beersten after her attack was found to have in fact belonged to Allen, not Avery. And that single bit of evidence freed Avery after he spent nearly two decades in prison.

If you've watched Making A Murderer, you know that Avery went back to prison shortly after his release, but for a totally separate crime. Some are claiming that this, too, will end up being a wrongful conviction. In fact, supposed members of the hacking group Anonymous claim to have evidence that could prove that Avery was set up. The prosecutor in the case alleges that the Neflix series is skewed to leave out other evidence about Avery that he says clearly implicates him in the crime. Whether or not Avery was wrongfully convicted a second time might never be truly known.

More like this
A New Netflix Doc Will Explore The Unsolved Murder Of Jill Dando
By Sam Ramsden
This First Look At 'The Gold' Shows Jack Lowden In A Whole New Light
By El Hunt and Sam Ramsden
6 Anti-Police Brutality Organizations You Can Support Right Now
By Syeda Khaula Saad and JR Thorpe
Twitter Has *A Lot* To Say About The "Single Penalty”
By Sam Ramsden
Get Even More From Bustle — Sign Up For The Newsletter
From hair trends to relationship advice, our daily newsletter has everything you need to sound like a person who’s on TikTok, even if you aren’t.