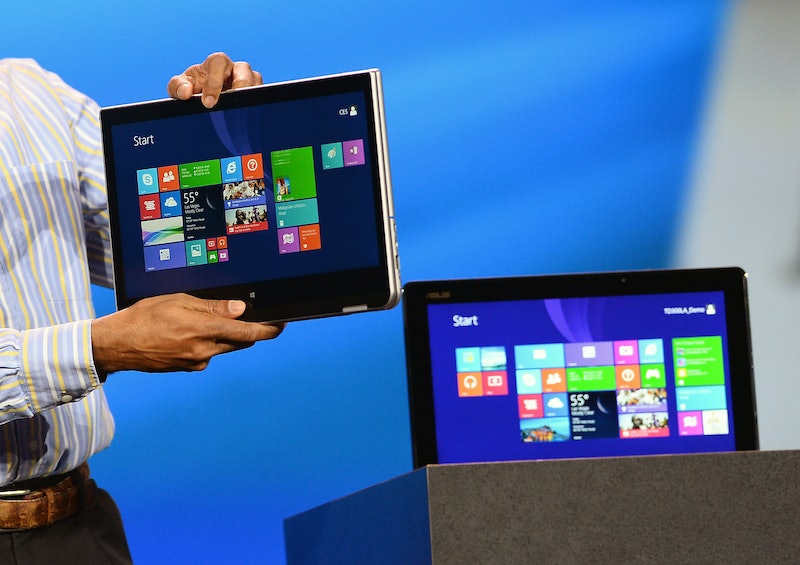 If your password is "123456" or "Password," you're doing Internet security wrong — and you're not alone. According to password-management firm SplashData, which analyzed passwords that hackers posted online last year, the top two most common passwords are "123456," and "Password." Good job, people.

For the first time this year, "123456" took the top spot and left "Password" in second place, followed by "12345678." So now we know that all of the NSA surveillance revelations last year didn't leave everybody that much more concerned about Internet security...

Of course, the problem with easily-guessed passwords like, well, "Password" is that they're easy to break into. Not only can hackers and bugs crack your social-media accounts, they can also hack online accounts like PayPal, which endangers your hard-earned dollar. Regardless, people continue to prioritize easy-to-remember passwords — a sequence of numbers or words, like "qwerty," "000000," and "admin" — over Internet safety. That's according to SplashData's analysis, anyway, which tracked and analyzed passwords that were posted online by hackers, for example during the Adobe security breach.

There are limitations to SplashData's list, though. For one, any password that's already been hacked is more likely to be one that was easily hack-able in the first place. Secondly, it's heavily influenced by the Adobe hack, as is clear in the password list: "Photoshop" and "adobe123" are popular. So these aren't necessarily the most common passwords on the entire Internet, but the most-used passwords on Adobe software. (Which most people might not be as concerned about as, say, their bank account log-in.)

SplashData's press release noted: "'Seeing passwords like 'adobe123' and 'photoshop' on this list offers a good reminder not to base your password on the name of the website or application you are accessing,' says Morgan Slain, CEO of SplashData."

Still, here are the top 25 most common passwords of last year, at least for Adobe software. We have one question of our own: Why are so many people using the word "monkey" as their password? Where did that one come from?

Not to mention, "trustno1" is a worryingly prevalent password. Maybe America was inspired by the NSA revelations, after all...