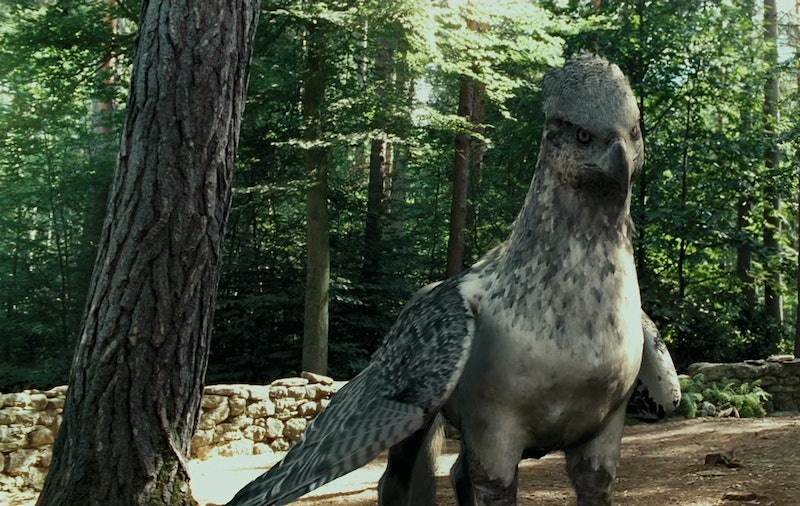 Remember those magical nights when Harry Potter books or movies were being released, and everyone would dress up and go verifiably bananas? There's no crowd like a bookstore full of excited Harry Potter nerds, that's for sure. I remember, when the seventh book came out, wading through a crowded Borders filled with everything from Hogwarts students to Snapes, Death Eaters to Dumbledores. The air shimmered with anticipation.

When Harry Potter and the Deathly Hallows: Part 2 came to theaters, we all thought it would be the last time we'd have an event like that. But, with the release of Fantastic Beasts and Where to Find Them, we've got another chance to rock the Harry Potter look. And moreover, there's no more perfect time than book nerd Halloween: World Book Day.

Putting together a passable Harry Potter costume is easy: just fashion some robes out of a blanket, grab a stick for a wand, and you're set. But, as Dumbledore says, we all must make the choice between what is right and what is easy. You don't want to just be passable. You want to wow everyone, show them the fantastic beast that you are.

Fortunately, Harry Potter is ripe with characters and details that are begging to be paid homage too. So, here are some not-your-everyday costume ideas that will surely boost your Potter street cred.

The key to dressing like a hippogriff is FEATHERS. Put as many feathers as you can all over yourself, don some wings, and, if you're feeling especially crafty, fashion a horse-like body for yourself by attaching a shoebox to your back-side. Be sure to insist that people bow before they talk to you.

A couple's costume. One of you dresses like the not-so-lovable squib, and the other gets some cat ears and red contacts. Don't forget to perfect your knowing glare, and while you're out be sure to accuse some people of being in the corridors after curfew.

3. The Fat Lady in the Portrait

The guardian of the Gryffindor common rooms, The Fat Lady is one of my favorite minor characters. With addictions to both wine, drama, and passing comments, she's always giving Harry a hard time in the most lovable ways. For this costume, don a flowy dress, a flower crown, and maybe a wine bottle. An extra touch: find or make a large picture frame to be inside of.

This costume is fun all around, and not hard to accomplish. Get some sticks, tape them to your arms, and proceed to flail around throughout the night.

Fuzz it up and pink it out in any way you can. Another idea: If you just want a pygmy puff prop for another costume, get a pink bath squeegee and glue some googly eyes to it.

Nearly headless? How can you be nearly headless? The answer: white face paint, white clothes, a white wig, and some cleverly-applied fake blood right at the base of your neck. Plus, be sure to uphold the standards of chivalry at all costs.

If your partner is going as a Hogwarts student, give it an extra twist: hand them a pair of earmuffs and dress yourself up like a mandrake. Make a leafy green hat, dress in brown, and throw a righteous tantrum whenever possible.