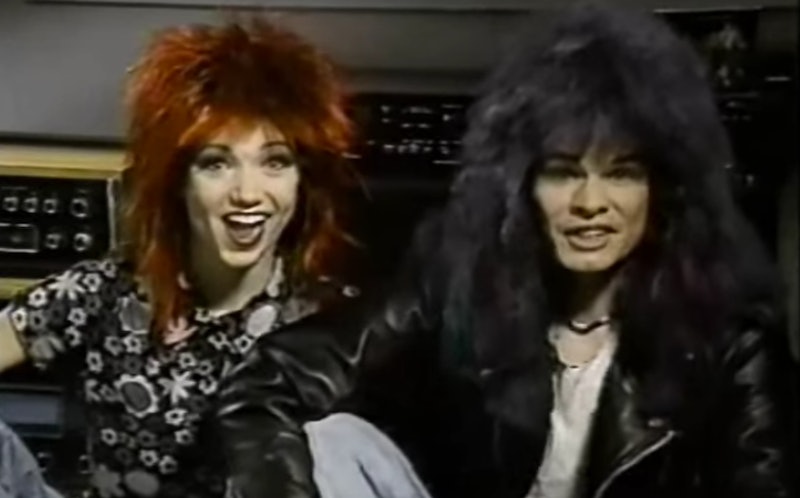 The 1990s were a golden age of all things bright, tacky, and consumption-related, so it makes sense that the '90s were a peak for infomercials. And there were some pretty funny ones — in fact, I dare you to find an infomercial that is not hilarious. Of course, you might not have found them so funny when they interrupted a show you were watching, or more accurately, served as a reminder of the weird time you were watching TV when you should have been sleeping. They might be a little more pleasant to look back on than they were to experience.

There were many different types of 1990s infomercials. Most '90s kids will fondly (or perhaps enviously) remember the many toy commercials filled with bright colors, grinning tweens, and desirable plastic goods. There were also a lot of beauty and fashion-related infomercials, which fixed flaws you didn't know a person could have. My favorites are the gadgets that perfectly solve nonexistent problems, presented with a healthy dose of pseudoscience and enough wait-there's-mores to make you briefly forget what you were actually buying for three easy payments of $19.99. From exuberant spokespeople to unlikely demonstrations, here are some hilarious infomercials you might remember from the '90s.

Such a moving tale of a geek transforming into a sexy jock. Thanks, Soloflex! I also really love the classical soundtrack and the soothing narration. Beautiful.

On 30 Rock, Liz Lemon did one of these phone sex commercials in the '90s. I didn't realize how accurate that parody was until I saw this commercial.

From the unfortunate name to the ambiguity of what the product is to the acting to that song, this commercial from the early '90s has it all.

This infomercial features the now iconic moment of Susan Powter screaming the name of her program. She definitely has charisma.

The voice over's excellent accent is made better by the name of the product sounding oddly like "cat sh*t." It's got all the overly technical infomercial clichés down to a science.

This infamous product — a game of golf you can play on the toilet — is supposed to be funny, as is its annoyingly winking infomercial.

The fact that GLH stands for "Great Looking Hair" is just the beginning. It's spray paint for your bald spots, folks.

Nothing says "punk rock" like a compilation CD sold on an infomercial, unless it's these two cool teens' haircuts, man!

Suzanne Summers' iconic commercial is mostly hilarious because of her intense sexual reaction to the Thighmaster, but my favorite part is the "doctor" who points at a picture of thighs for authenticity.

I love infomercials that include a back and forth between a narrator and an onscreen spokesperson. These Encyclopedia Britannica commercials are classics.

"Are these windows going to change my original document?" The novelty of seeing an early computer commercial is unmissable.

The horror of the mask in contrast to the chirpy music and assured narration is priceless. And don't forget, it's supported by "science."

Anyone who watched TV in the '90s will probably remember Miss Cleo; according to Vice, the funniest thing about this is that the Psychic Readers Network was eventually discredited for shady practices, and Miss Cleo revealed that her Jamaican Patois was fake.

Do you want your hair to look ridiculous? Buy this wire for $19.99!

This self-aware commercial selling the Kramer masterpiece from the "The Letter" episode of Seinfeld is mostly funny because it's the most '90s thing that has ever happened.

It seems unlikely that this was unscripted, but Popeil seems genuinely annoyed by the clarifying questions his guest is asking him. The gender roles — mansplaining expert, excitable woman — make for fine cringe comedy.

Sigh. They don't make 'em like they used to.

More like this
The 'Kenan & Kel' Reunion On 'SNL' Took A Dramatic Turn, Thanks To Keke Palmer
By Brad Witter
The First Trailer For 'That '90s Show' Includes So Many Nods To The Original Series
By Jack Irvin, Alyssa Lapid and Grace Wehniainen
Kim Cattrall Had A 'Sex And The City' Reunion With Creator Darren Star
By Grace Wehniainen
17 Photos Of The 'Wednesday' Cast Vs. The 1991 'Addams Family' Cast
By Grace Wehniainen
Get Even More From Bustle — Sign Up For The Newsletter