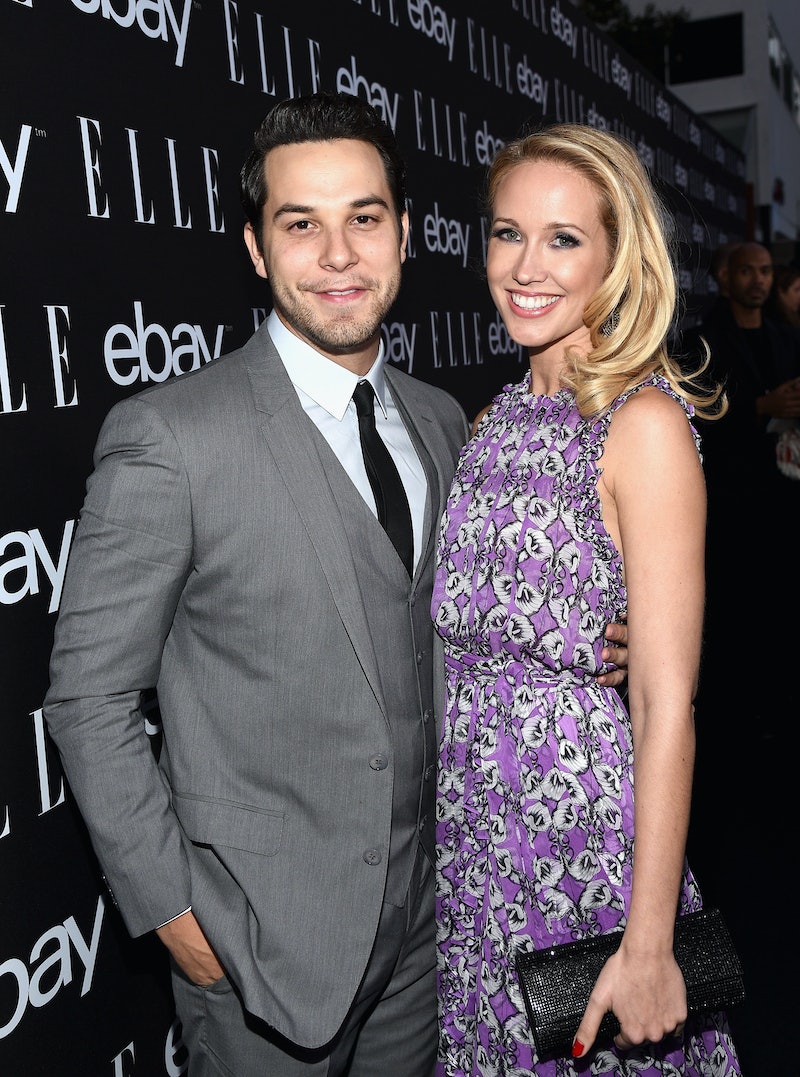 This just in: Two of our favorite Pitch Perfect stars are ringing in the new year with an engagement. According to ABC News, Anna Camp and Skylar Astin are engaged. Camp's co-star and boyfriend of two years reportedly proposed to her while on vacation in Kauai, Hawaii. The newly-engaged couple took to Instagram on Saturday Jan. 2, to show their excitement, not to mention Anna Camp's ring. Astin captioned the photo, "I asked. She said yes!!!" and in an almost identical post, Camp exclaimed, "He asked. I said YES!!!!" The image posted by both parties was a selfie of the couple and an up-close view of Camp's ring. While there are no details available yet as to who designed Camp's ring or the exact cut and clarity, her large square-cut diamond is a definite showstopper. From afar, it seems evocative of Old Hollywood glam with a 21st century Tiffany's vibe.

According to US Weekly, the pair have been friends since 2012, but didn't begin dating until 2013 after Camp's divorce from actor Michael Mosey. In an interview from Aug. 2014, the actress told Glamour Magazine all about how the two came together. "He was dating somebody, and I had been through [a divorce] and he was like, 'Do you want to go on a date?'" she said. "I remember thinking, 'Well, he's younger than me. He's five years younger. He's 26, and I'm 31.' But I was like, 'You know what? OK! Let's do it, let's see.'"

Needless to say, it looks like age didn't matter for this duo, as these two love birds are are officially headed towards the aisle. We'll have to wait and see what Camp's undoubtedly beautiful dress will look like, but in the meantime, we can be dazzled by the ring and the couple's ear-to-ear smiles.