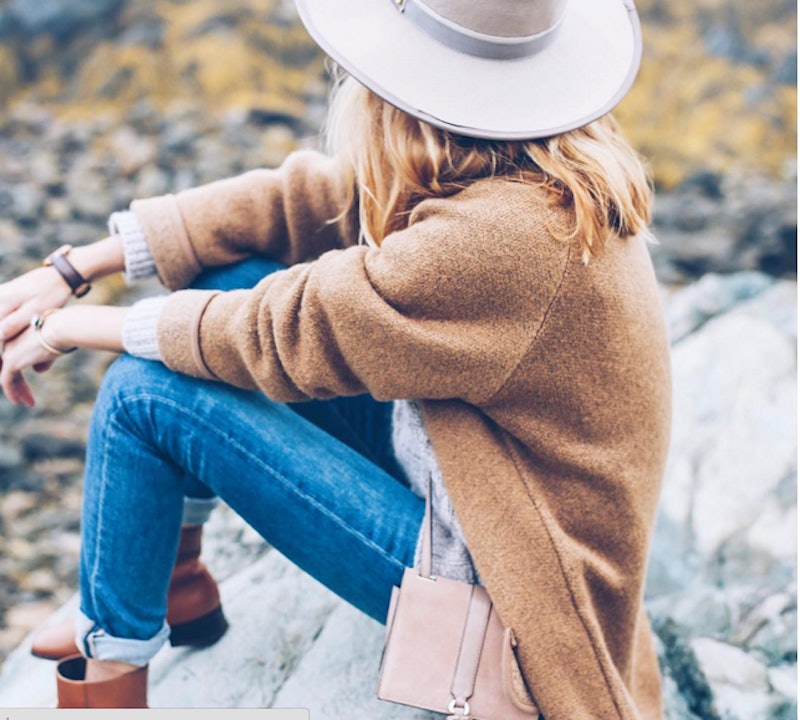 Doing something outside of your comfort zone can be a tricky thing, and usually by the end of the unfamiliar ordeal you're looking for ways to boost your confidence back up to where it used to be. Whether you feel inexperienced, unwanted, like a fish out of water, or like you stick out like a sore thumb, doing something new is uncomfortable and has the potential to lead you into an existential crisis.

But just because you had a wobbly moment with your self-confidence doesn't mean you should believe you're nothing but a mess of insecurities. It's normal to wallow and splash in insecurities once in a while, but we always have to pick ourselves right back up because they're never true. They're an indulgence at best and a flat-out lie at worst. In moments where they begin to takeover, you need to have some tricks in your back pocket to remind yourself not to let those insecurities take over. You don't need the reassurance of other people to boost your own confidence — you can do that job all on your own. Below are seven ways that you can boost your self-confidence so you don't have to let your fears and nerves get in the way!

1. Get Mad At Yourself

Anger is a great motivator for change, so my suggestion to you is to get mad. Not like lets-flip-that-table-over pissed, but miffed with yourself enough that you won't let your insecurities get in the way of any more cool chances.

Travis Bradberry, Co-author of Emotional Intelligence 2.0 and contributor to Entrepreneur, explained, "Comfort zones rarely expand on their own. That’s why people who lack confidence get stuck in dead-end jobs and let valuable opportunities pass them by." How many times have we passed up on big career opportunities, fun parties, amazing dates, and spontaneous trips because we weren't confident enough to leap? Think of all the awesome things that could have happened if only you believed in yourself and took the shot, and then get mad enough to promise not to do it again.

2. Throw A Parade For Those Small Victories

If you want to build your confidence then celebrate all the things you've succeeded in so far, no matter how small. A win is a win, no matter the size, and once you start highlighting how much progress you actually make on a given day, you'll learn to trust your own abilities and let your insecurities go.

Bradberry said, "Confident people tend to challenge themselves and compete, even when their efforts yield small victories." Whether it's that you got everything done before deadline, finished that two mile run after work, went on a date you were scared to go on, or wore that dress you loved but were nervous about — it's all a win and you should make a big deal out of it. Mentally high five yourself, buy yourself a treat, or keep it tallied in your mental win board.

3. Change Your Insecurities Into Your Curiosities

Usually we're not confident in something because we're not good at it — as in the case of the roles of a new job so well, meeting someone new for the first time, or trying a class you have zero skills in — and that can make your sense of confidence tailspin. Instead of focusing on those blimps in knowledge as insecurities, turn them into new curiosities. Because if you're curious you'll be excited and ask questions, and when you jump in with enthusiasm you learn and you learn fast.

Ruth Zive, career advice writer at career development site The Muse, encouraged, "Try something new, something that scares you just a wee bit — whether that’s asking your boss to lead the next client meeting or learning HTML. You’ll emerge more confident and empowered than if you stick to what you already know." Don't let the unknown hold you back. Instead, let it force you to learn something new and become good at it.

4. Remember Why You're There

Our confidence takes a beating when we think we don't belong somewhere, but much of the time we end up there because someone wanted or needed us to show. Remind yourself of that and rebuild your confidence.

Steve Errey, confidence coach and career writer for The Muse, offered, "Right off the bat, remember that you're at your new workplace because you were selected — among all the dozens of candidates — as the best person for the job. Your employers have faith in you and want you to succeed, and their job is to help you flourish in the role." If you're at a party feeling awkward, think of the person who invited you and wanted your company; if you're on a date, remember they asked you on it for a reason; and if you got assigned something tricky at work, you got it because your boss believed you were ready to do it.

5. Go Above And Beyond

A great way to build confidence is to constantly feel like you're knocking the ball out of the park with tasks, and a great way to do that is to go above and beyond. Don't just think of how you could finish a project, think of how you can impress your boss with it. Get it to her earlier than expected, land your article on the front page, get some amazing feedback from customers — whatever it is, go the extra mile and you'll grow your confidence with the great work.

Zive explained, "You’ll feel better about yourself if you go the extra mile — and you’ll probably get some good feedback from others, too." A total win, win.

6. Turn "New" Into Something Normal

New is always going to be scary, so get used to that fact and don't let it intimidate you anymore. Errey explained, "Your brain lights up like a Christmas tree when you're in a new situation where the outcome is uncertain, so the fear you feel about starting a new job is just your brain doing what it's supposed to do. The real problem then, is thinking that the fear and anxiety is a problem. It isn't. It's perfectly normal."

Expect the feeling, acknowledge you're nervous, and embrace the fact that it'll pass after you get your feet wet a little more. Don't let it derail you, but rather just wait it out. Just because you're scared doesn't mean you're incompetent, lame, or don't belong there.

Career writer Tiffany Teng at career advice site Levo, wrote, "Fake it ’til you make it is actually great career advice. Ralph Waldo Emerson once said, 'The virtue you would like to have, assume it is already yours, appropriate it, enter into the part and live the character just as the great actor is absorbed in the part he plays.'"

If you feel nervous, jiggle your foot and wring your hands mentally. If all you want to do is jump into the safety of your bed, square your shoulders and smile winningly instead. Just pretend you know what you're doing, that you've got this, and figure out the rest on the way. Because in the end, you really do have this.