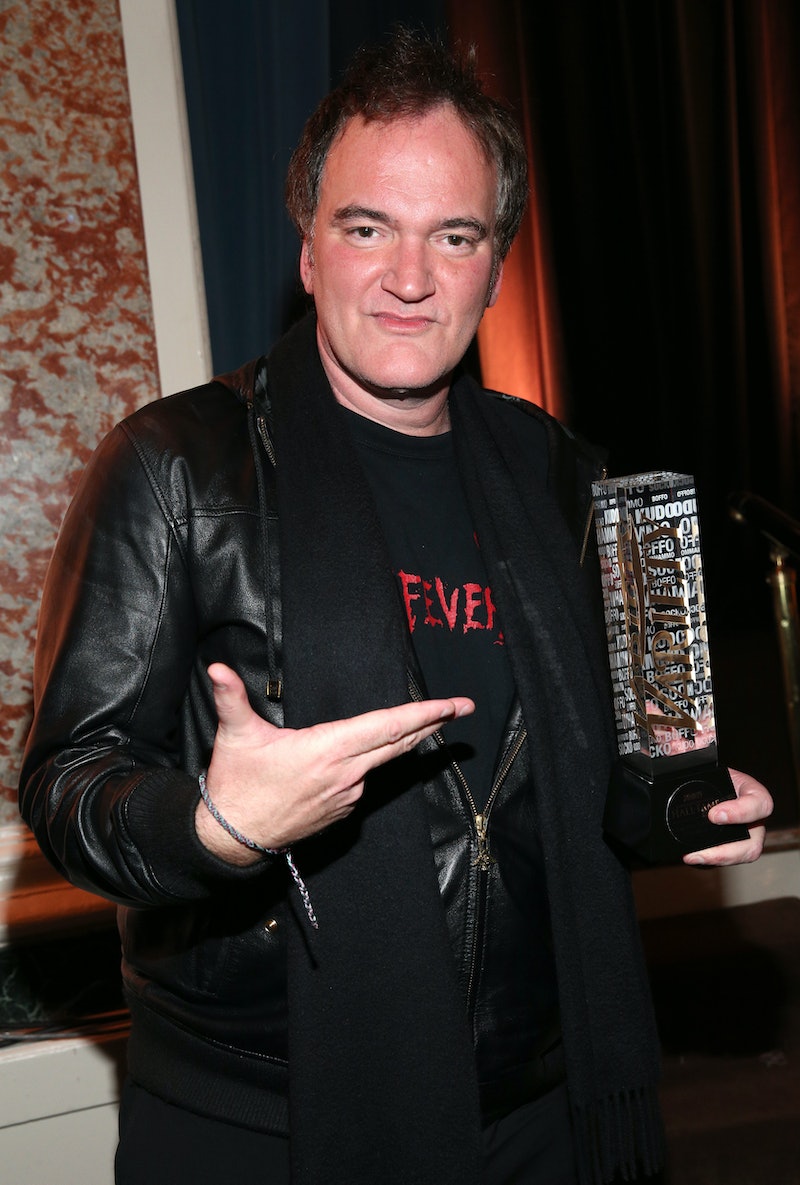 The latest Quentin Tarantino drama seems like a plot straight out of one of his own movies. A top-secret document is released to six insider members of an organization, but when it is leaked to the general public, one vigilante sets out to rain down justice on the perpetrator of the leak. Who will live, and who will die? The thing is, this isn't a Tarantino script, and in real life, it is suspected that an actor's agent leaked Quentin Tarantino's new script, Hateful Eight , his latest Western that was supposed to go into production imminently, but is now permanently on hold.

Tarantino has apparently narrowed the culprit down to two targets: He thinks it was either Bruce Dern or Michael Madsen's agent. Aside from the overwhelming anger and sadness that comes with the realization that we won't be getting a new Tarantino movie as early as we could have, had the script gone un-leaked, it's also fairly disappointing to know that one of Tarantino's long-term collaborators was the indirect cause of this unfortunate occurrence.

I mean, if this had happened in a Tarantino movie, well, the consequences would not be limited to Tarantino saying he's, "very, very depressed." Oh no, the response would have been quick, ruthless and gory as hell.

In real life, Tarantino is attempting to narrow the list of possible leaks to determine who the rat is, but in Tarantino-film-world, the arbiter of justice would already be shooting first, asking questions later. In fact, any of the following scenarios might have arisen from such an egregious offense against the grand-daddy of modern gore:

1) All three agents are found dead, roped to a tree wearing nothing but pages of the script stapled to their naked chests.

2) The agent who leaked the script is found brutally murdered, with the top of his head sliced off (a la Kill Bill) and the script stuffed into where his brain used to be.

3) Bruce Dern and Michael Madsen are called to an empty warehouse, where Quentin Tarantino is waiting in front of a curtain, which he pulls aside to reveal both of their agents wearing blindfolds and handcuffed to one another. He gives each actor a gun, and orders them to fire shots into their own agent until one confesses, or else he will cut off their ears and feed them to dogs.

4) Russian roulette with the two agents, while Quentin Tarantino looks on, laughing maniacally.

5) Quentin would trap them through general bad-assery, tie them down in his secret sex dungeon and then repeatedly shove his toes in their mouths until they admitted who did it. Win-win for Quentin.

6) He would release the movie anyway, but at the premiere, he would enact a very complicated and well thought-out plan to exact his long-awaited revenge, including randomly Jewish foot soldiers and a hot but bitter French female assassin.

7) SAMURAI SWORD BATTLE. Which of course Quentin would win, because no one really practices swordplay anymore other than stunt doubles and Quentin Tarantino.