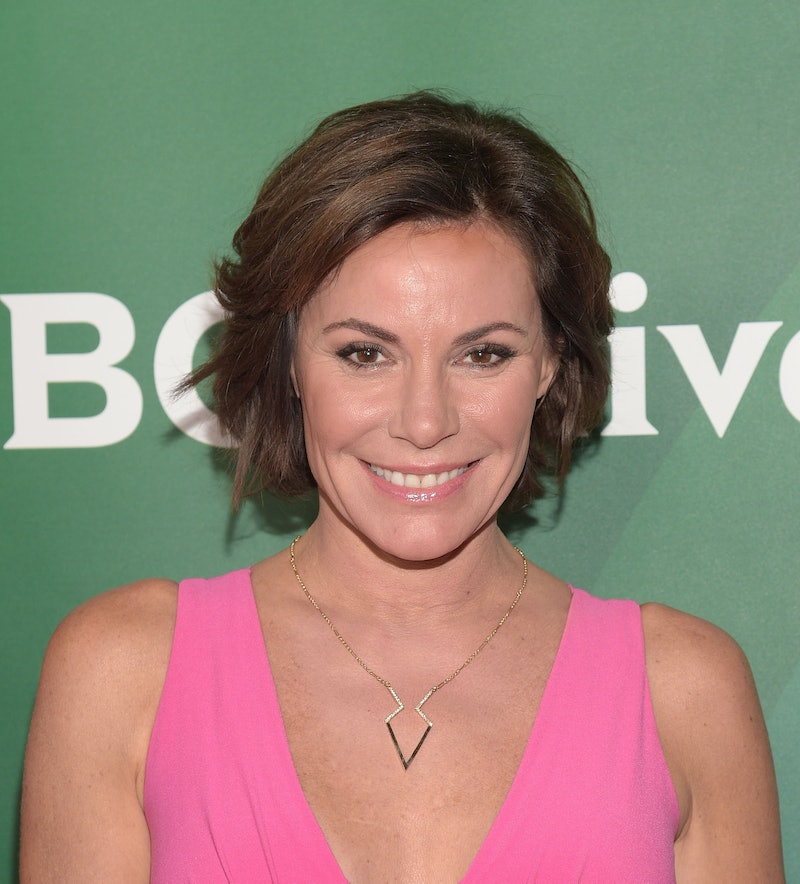 It looks like the Countess might be writing a new song all about love. According to People, Real Housewives of New York City star LuAnn de Lesseps is dating Thomas D'Agostino Jr. That's not the only news, because it appears the two might be getting engaged and sooner than you think. The Bravolebrity pretty much confirmed their relationship on social media on Monday, Jan. 4 with a photo of the duo and the hashtag "#love." As for their rumored upcoming engagement? At the moment, that remains gossip. As juicy as this news is, I'm sure many Housewives and Countess fans are wondering, who is Thomas D'Agostino Jr.?

Before I dish about D'Agostino (and his surprising connection to another RHONY star), here's a little bit more about his romance with the Countess. Their relationship seemingly "blossomed quickly" and they were recently spotted celebrating 2016 in Palm Beach, Florida. If that's not enough, a source told People that the two reportedly went shopping for an engagement ring at Palm Beach's Graff Diamonds. Per the same insider, it seems that de Lesseps is "over the moon and so happy" and that her engagement to D'Agostino is right around the corner.

Well, that's definitely a surprise, especially since I had no idea she was even dating anyone. Now she's supposedly getting engaged? I guess if the Countess is truly happy and head over heels in love, then she shouldn't wait another second. Plus, this will make for a great story line on Season 8 of RHONY, right?

Anyways, back to the Countess' alleged soon-to-be fiancé. Before I tell you what other Housewives star he has reportedly dated before, D'Agostino is the CEO of Smart Source, according to his LinkedIn. As detailed by D'Agostino on LinkedIn, Smart Source is "a sourcing company with category expertise in buying, managing and distributing print and promotional materials."

For those New Yorkers wondering if de Lesseps' new man has any connection to the D'Agostino supermarket chain, it doesn't seem so. That said, MStars reports that Smart Source is a "$50 million" business.

Now, back to D'Agostino's connection to another Housewife. It is none other than the Countess' co-star Ramona Singer. Say what?! According to a September 2015 Radar Online report, Singer and D'Agostino were seeing each other, but it wasn't exclusive. Apparently, the two didn't last, because he is now with de Lesseps and seemingly taking the next step with Singer's friend. People also reports that the Countess didn't move in on Singer's man, but a source revealed D'Agostino "only had eyes for de Lesseps."

Whatever the case, I guess fans should start readying their congrats and reading up on the correct etiquette when it comes to celebrating a marriage. I mean, who wants to disappoint the Countess at her own wedding?