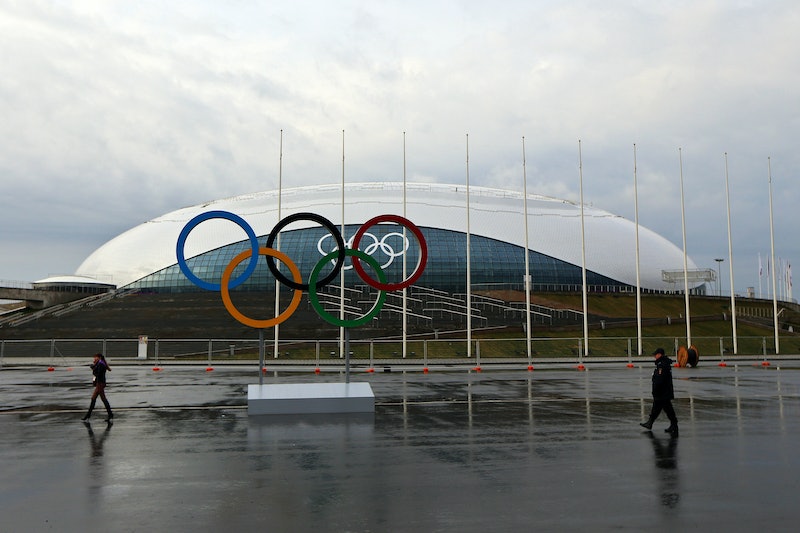 Despite a brief respite yesterday from the serious overtones of the 2014 Olympics with the revelation of Sochi's dual toilets, Wednesday brings new somber warnings. Countries like Hungary, Germany, and Italy received emails about terror attacks against their Olympic athletes. The emails, which were written in Russian and English, warned Hungarians to stay away from the Olympics, Secretary Gen. of the Hungarian Olympic committee Bence Szabo said.

But the International Olympic Committee is not concerned about the latest threats against the Winter Games, which run from Feb. 7 until Feb. 23. While the IOC says it takes security very seriously, it says these kinds of email are "everyday" and "normal" to get before each Olympics:

"(We will) pass on any credible information to the relevant security services. However, in this case, it seems like the email sent to the Hungarian Olympic Committee contains no threat and appears to be a random message from a member of the public."

The increasing tension about terrorism at the Sochi Olympics has not been brushed off by all the athletes, though. U.S. Olympic speed skater Tucker Fredricks, has asked his family to stay at home to watch him compete because of terror threats. Fredricks says he doesn't want to worry about the safety of his wife and parents at the Games, instead focusing his full attention on his sport.

Russian Prime Minister Dmitry Medvedev pledged a huge buildup of security forces and police at the Sochi Olympics. Russia has also requested that the United States share high-tech devices to help detect remote-controlled bombs. President Obama pledged "full security assistance" to Russian President Vladimir Putin on a phone call Tuesday, but it's unclear exactly what that entails this late in the planning stages of the Games. Nothing sketchy, we're sure.

Officials have also warned against the growing threat of Islamist groups from Russia's volatile North Caucasus region — especially "black widows," women who become suicide bombers to avenge their husbands' deaths. Police believe up to four "black widows" could be near the Sochi area, and they handed out fliers with the women's names and photos at a hotel where the Olympic torch is set to be passed through on Wednesday.