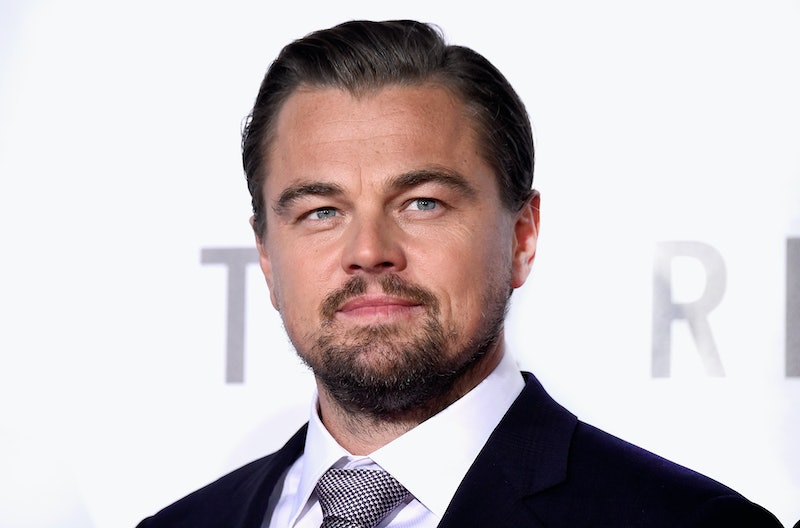 Surprise! Leo is once again single — or so it seems. According to Us Weekly, Leonardo DiCaprio and Kelly Rohrbach broke up over a month ago. The Revenant actor and his 25-year-old model girlfriend may no longer be a couple, but it's totally fine. I mean, sometimes parting ways with a significant other blows, but this time around it's seemingly all good. Bustle has reached out to DiCaprio and Rohrbach's reps for comment, but has not yet heard back.

"They’ve been broken up for over a month," a source told Us. "It was mutual. They both have intense work schedules and a lot going on in their lives right now. They both needed to take a break because of that. They are still friends and talking but it’s over."

People also "confirmed" the news and it seems DiCaprio and Rohrbach spent New Year's Eve apart. Seeing as they supposedly split, it's no wonder they didn't ring in 2016 together. It all makes sense now, doesn't it?

The once happy couple first started dating in summer 2015 and were even spotted kissing while riding Citi Bikes in New York City. Now, fans will just have to take pleasure in seeing DiCaprio bike around the city all by his lonesome self — or with Jonah Hill.

It's really no surprise that the actor is once again rumored to be single. He likes dating supermodels — a lot. That said, maybe single and mingling is how he likes it, so to each his own. Now that he is apparently single once again, it's time to keep an eye out for who he might walk the red carpet with now that it is officially awards season.