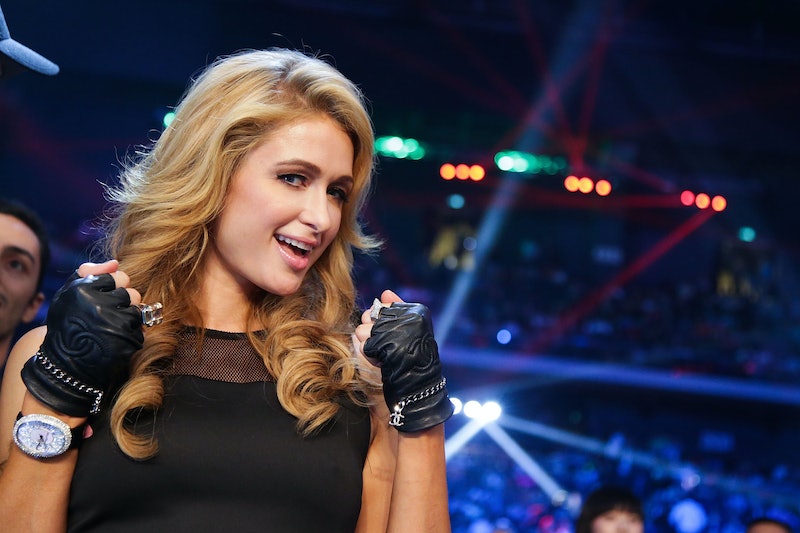 Paris Hilton was one of the first celebrities in Hollywood to be famous for, well, being famous. Bearing the infamous Hilton last name, Paris's later claim to fame came along with her leaked sex tape and then with her hit reality show, The Simple Life in 2003, alongside famous childhood pal Nicole Richie. The show made her one of the first reigning queens of reality TV, and the early 2000s marked some of Hilton's most notorious partying years in L.A., where she was ruled as the city's leading it girl — her face was splattered across every tabloid in town for dancing on tables and forgetting to wear underwear. Cue her infamous slogan — that's hot.

While Hilton has earned multiple Razzie Awards for her film appearances and has several mugshots to show from her previous arrests, she has made some pretty smooth business moves to make up for her former faux pas. In an interview with Elle magazine, she explained:

I could have easily been a trust fund kid, but I didn't want to do that. I wanted to be independent and not have to ask for anything and feel proud of myself. Once I started it just sort of snowballed into such a huge thing that I just keep on wanting more.

The fashion mogul has generated over $1.3 billion in the last six years. Mmmhmm, billion. Don't be fooled — none of that money was handed down from Daddy. How? Guess she's surprisingly smarter than you.

Good for you, Paris. Hats off.