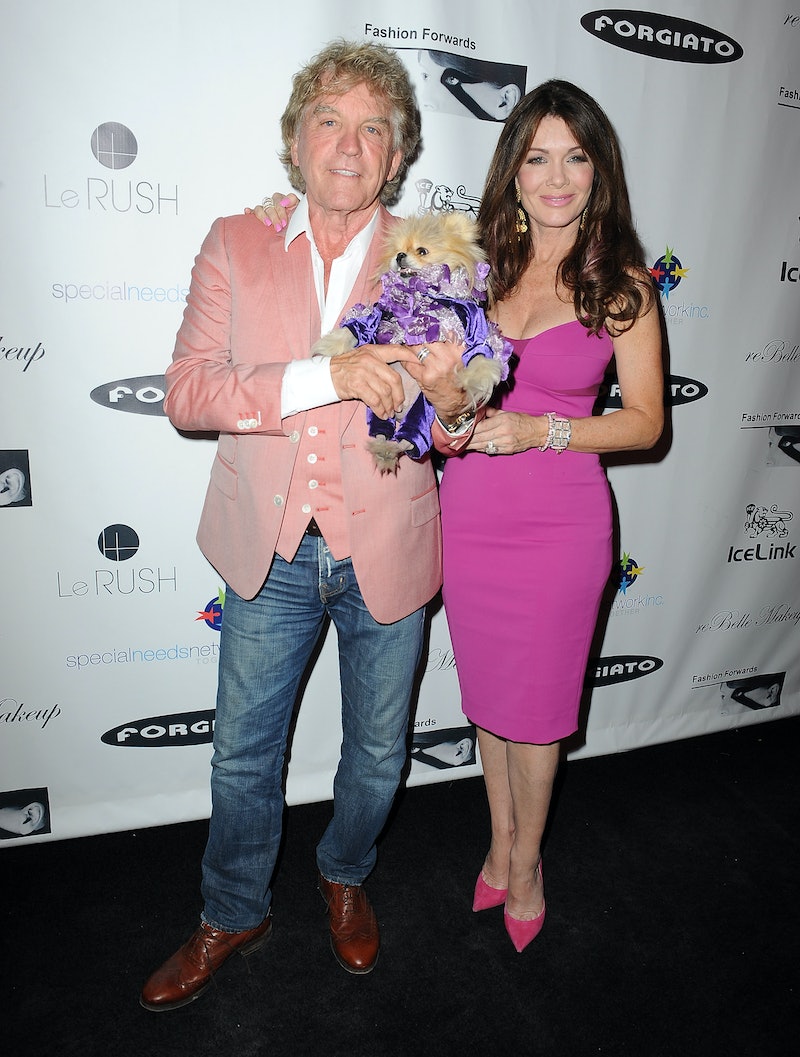 Her Royal Highness Of SUR, Friend To Critters Of Fur And Scale And Feather, and Queen Of The Villa Rosa Menagerie has welcomed yet another pet into her home: Over the weekend, Lisa Vanderpump adopted a new dog. (If ringing in the New Year rescuing a pooch isn't the most LVP move ever, then pin one of Hanky the swan's turds on my nose.) On New Year's Eve, the Sacramento SPCA tagged Vanderpump in a tweet about an alopecia-afflicted Pomeranian who'd been left at a shelter the day after Christmas. A few hours later, the Real Housewives of Beverly Hillsstar replied with a most magnificent tweet: As CBS Sacramento points out, Vanderpump almost immediately tweet-volunteered to rescue the dog. The restauranteur made the 400-mile drive to NorCal, scooped up Harrison "Prince Harry" the Pom, and brought him back to her Beverly Hills palace.

Prince Harry is the latest addition to the ever-growing Villa Rosa Pet Roster, which includes Hanky the swan, Panky the swan, Rumpy Pumpy the Golden Retriever, Avery the Golden Retriever, Schnooky the Cocker Spaniel, Ken Todd’s miniature horses, some turtles, and, of course, Giggy the Pom. (A humble request to Bravo: Please tape an hour-long special about all of the Villa Rosa pets. I want to meet every last mammal, reptile, fish, and bird that calls Ken and Lisa’s house their home. I can't imagine it being anything less than captivating, must-see television.)

So how do the Vanderpump-Todd pets feel about the latest addition to the lineup? Here’s what Gigolo, aka the spokespup of Villa Rosa, had to say about the new Pom in town: