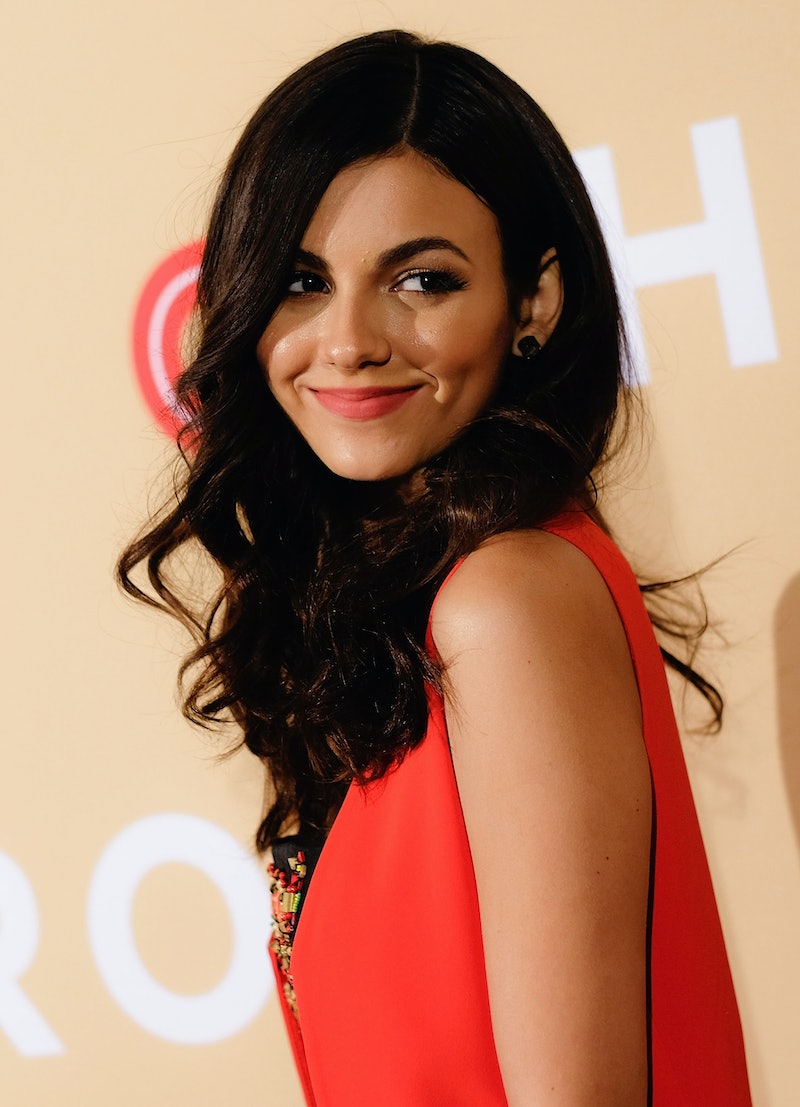 Whether you know Victoria Justice from Victorious — you know, the show that gave us Ariana Grande — from her short music career or from her recent projects like MTV's Eye Candy, her most recent project will come as absolutely no surprise to you. Justice has joined Rocky Horror Picture Show, the TV remake, as Janet, alongside Laverne Cox as Dr. Frank N Furter, Ryan McCarten as Brad, and Reeve Carney as Riff Raff. The show, which will air in a two hour special on Fox, has been highly anticipated by just about everyone after Cox was revealed to be in it, and, although we have Grease: Live to contend with long before Rocky Horror's Fall 2016 debut, the more I hear about the cast, the more I can't wait to watch it. I mean, seriously, guys, diversity.

Everyone has a Rocky Horror Picture Show story experience. The interactive show is the kind of thing that rejects the idea of Rocky Horror "virgins" (if this is your first time seeing the interactive show, then you're required to get up and participate to get the full experience), and, even if you didn't participate, then just watched the audience scream out their lines and start throwing rice all over the place can be something of a shock for first-time viewers. I'm not suggesting anyone should do that while watching the Fox event, but I am saying that you'll be putting yourself at a severe disadvantage if you don't learn how to throw a Rocky Horror Picture Show viewing party between now and Fall 2016.

Nothing can replace the classic 1975 film, but Justice as Janet and Cox as Frank N Furter bring some much needed diversity to the previously monochrome cast. Whether you agree with the idea of a transgender actor like Cox playing "Sweet Transvestite" Frank N Furter or not — a controversy that still rages on to this day — the fact that two of the three central leads in the film are people from different cultures and gender identities rather than simply being white cisgender actors is a huge improvement on the cult film already. Which is not to say that the 1975 version wasn't well-acted or that the actors therein weren't amazing in their roles. As a Rocky Horror fan, and in general, I would never say that.

However, I'm glad the remake understands that there's absolutely no reason why Janet can't be a woman of color, since there's nothing in the script to suggest that she has to be white to support the story. I'm glad that Fox has made such an effort to diversify the cast as much as they have already, because that will make for a better viewing experience for me. To know that there exists in my lifetime a version of Rocky Horror Picture Show with representation of cultures that I'm not used to being bombarded with as often from the video makes me fall even more in love with the film.