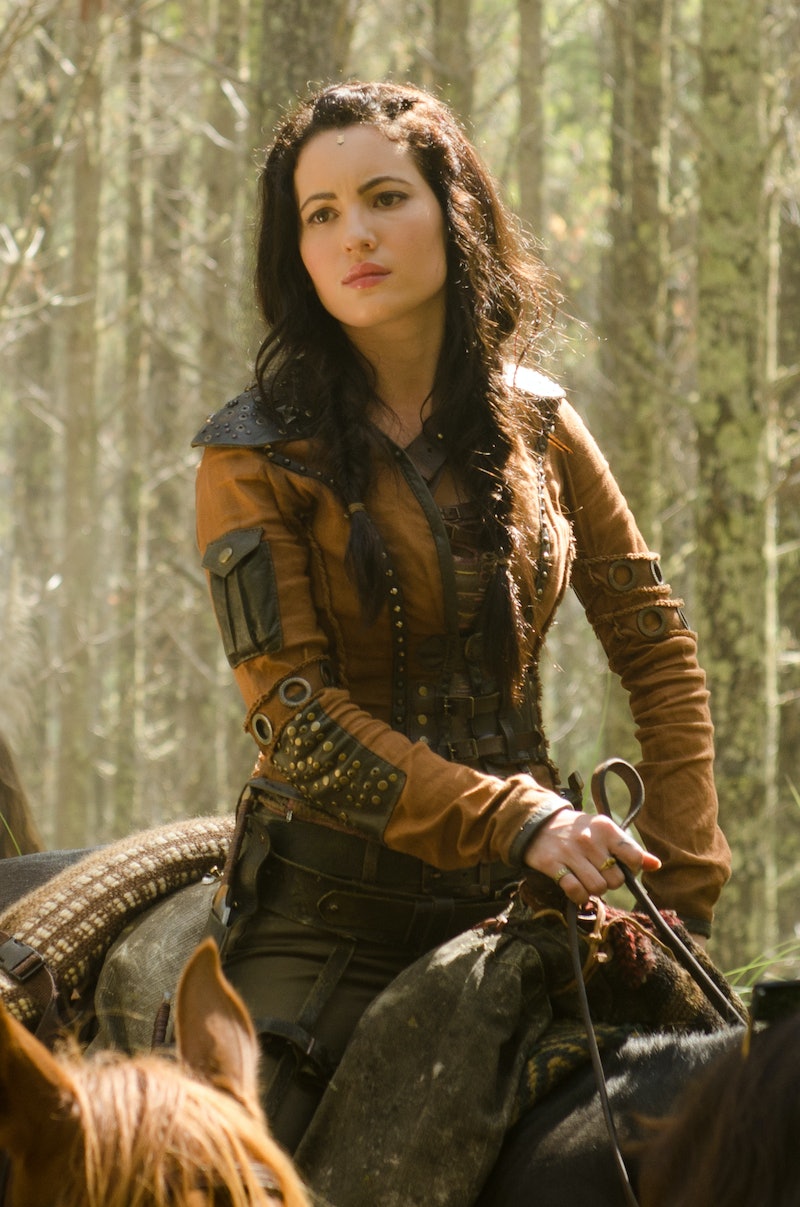 Now that 2016 is finally here, it's time for all the winter premieres to begin! If you're a fan of TV this is like the Olympics — if the Olympics included sitting on your couch/bed/favorite chair watching dozens of new and returning show premieres. One highly-anticipated debut is that of MTV's new fantasy YA novel-turned-series The Shannara Chronicles . But, while many of its stars are relatively well-known — including Austin Butler, Poppy Drayton, and Manu Bennett — who is Shannara Chronicles star Ivana Baquero who plays Eretria? I guarantee you've seen her before!

In The Shannara Chronicles, Baquero stars as one-third (and the only fully-human member) of the hero team, a Rover named Eretria; Butler and Drayton fill out the other two slots of the team as half-elf, half-human Wil and Elven Princess Amberle, respectively. The story is set thousands of years in the future and follows the three heroes as they set out on a mission — quest — thing — to save their world from a demon army. Now, if you're thinking Baquero looks familiar, like you've seen her in something else but can't quite place it, you probably have! Here's the famous role that gave this actress her big break, and six other things to know about her before The Shannara Chronicles premieres.

1. She Starred in Pan's Labyrinth

Yes, Baquero is the young star of Guillermo del Toro's 2006 dark fantasy film about a girl named Ofelia who explores a mythical labyrinth inhabited by a faun named Pan — but, all grown up of course. The part of Ofelia was Baquero's breakout role and probably her most well-known to date.

For her role in Pan's Labyrinth, Baquero won the Goya Award for Best New Actress, the Imagen Award for Best Actress - Film, and the Saturn Award for Best Performance by a Younger Actor among other awards and nominations. All that before the age of 13!

She met up with him at Comic Con over the summer and also wished him a happy birthday in October! They're totally still buds, and it's fantastic.

Baquero was born in Spain, and she got her start acting in Spanish films like Fragile and Romasanta before getting her big break in Pan's Labyrinth. She's done a number of other international films including The Anarchist's Wife and Another Me.

5. Her First U.S. Film Was The New Daughter

She starred in the 2009 horror film alongside Kevin Costner, though it had a limited release and wasn't very well-received by critics.

6. She Did Some of Her Own Stunts

The Shannara Chronicles wouldn't be an exciting fantasy series without some thrilling fight sequences and it seems Baquero did at least some of her own stunts! The above video from the actor's Instagram shows how hard she worked — and laughed — while learning them.

Given all her work in fantasy film and TV, it makes sense that Baquero is a fan of the genre, especially of the epic book and movie series Lord of the Rings. As documented on her Instagram, during a trip to New Zealand Baquero took photos of many Lord of the Rings characters along her travels and visited Hobbiton.

So, if you thought you recognized Baquero from The Shannara Chronicles, chances are you probably remembered the actress from Pan's Labyrinth! But, that's not all she's accomplished, and now she'll be on TV every week on MTV to bring you even more great fantasy action.

More like this
Lindsay Lohan Just Recalled A Hilarious 'Parent Trap' Story
By Sam Ramsden
The First Trailer For 'That '90s Show' Includes So Many Nods To The Original Series
By Jack Irvin, Alyssa Lapid and Grace Wehniainen
Jodie Turner-Smith & Joshua Jackson's Relationship Timeline Includes Her Proposing
By Jake Viswanath
'Bridgerton' & 'Succession' Casts Join Forces For A New Dickens Adaptation
By Darshita Goyal
Get Even More From Bustle — Sign Up For The Newsletter