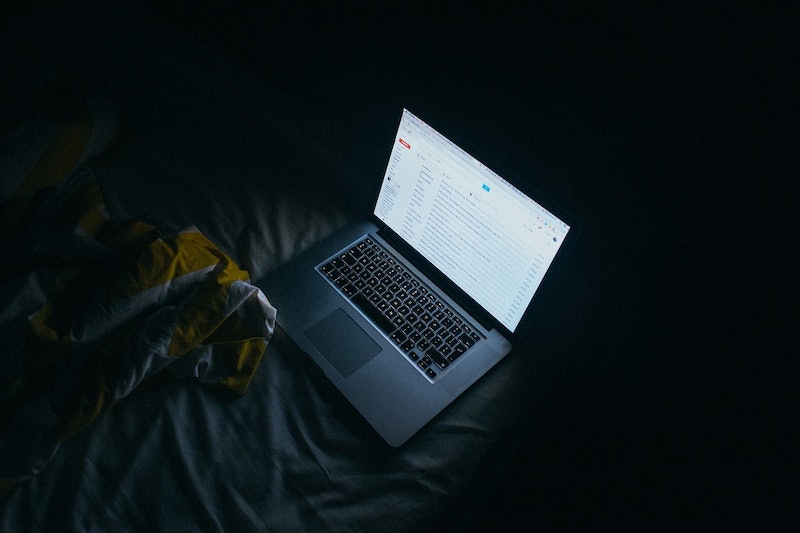 When it comes to sleep, most of us aren't waking up after eight hours praising the deep slumber we got the night before. If you're finding that chronic tiredness is a problem, you may be participating in some bad bedtime habits that you should ditch as soon as possible. That glass of wine or piece of cake before bed may see harmless, but what you do right before hitting the hay can affect the rest of the night's sleep and even how you feel in the morning.

"Just as we have heart activity, we have brain activity," Jose Colon, M.D., MPH, founder of Paradise Sleep, tells me. "If you do things that are mentally engaging before bed, such as checking your work email, your heart and brain won't be able to slow down, and that's going to keep you up. Doing the opposite is helpful: Do things that are relaxing and soothing to you, and you will help your body get to sleep."

We're all guilty of wrapping up our to-do lists right before bed, but it's important to take some time to unwind before we hit the hay. For a better night's rest and more energy in the morning, ditch these six bedtime habits.

"You'll see a lot of studies that say electronics have light, and that makes it so you produce less melatonin, and all of that is true," says Colon. "But there is a flip side to that. If you are doing something that is mentally engaging, you’re not going to want to stop." Checking Twitter or responding to emails feels productive, so your brain wants to keep doing those things instead of resting.

Like using your phone, watching TV is usually a mentally stimulating activity. "If you have to watch television, don't watch 'The Walking Dead' right before bed," says Colon. "Watch The Weather Channel. Watch something that is soothing or relaxing."

3. Drinking A Glass Of Wine

Most us know that a glass of wine can have a calming effect before bed, but it actually causes problems with your sleep later on. "Your heart rate goes up, and you start having late night or early morning wakings," says Colon. "Wine may help you get to sleep, but it decreases your total sleep time."

4. Going To Bed In Daytime Clothes

Whether you're passing out in your daytime outfit or putting on exercise clothing for the following morning, you may want to consider taking the time to change into your pajamas. "If you're sleeping in regular clothes or in exercise clothes, you’re not giving yourself a wind down period," says Colon. "Putting yourself in pjs can help associate sleep." You can still save time by laying out your outfits or workout gear by your bed for the next morning, just don't sleep in them.

You may not be drinking coffee, but even a soda or chocolate can have an effect on your sleep patterns. "Avoid caffeine after 2 p.m. because it can keep you up," says Colon. Even having caffeine six hours before bedtime can disrupt sleep quality and quantity.

Once you cut these habits out of your routine, you'll be surprised to see how much more satisfying your nighttime rest can be.