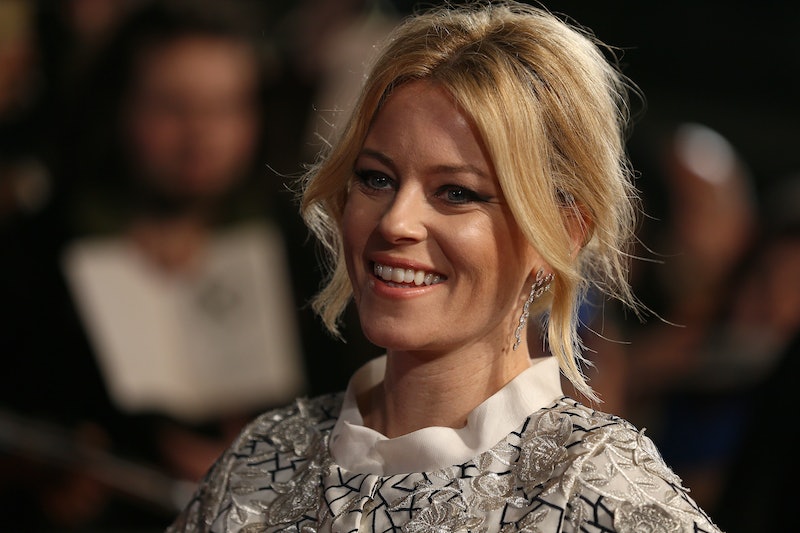 Elizabeth Banks has won over the hearts of movie lovers again and again. She was perfect as Effie Trinket in The Hunger Games, she was hilarious in Wet Hot American Summer, and, best of all, she directed Pitch Perfect 2 — making her one of the only women to direct a major studio film in 2015. And now, it looks like Banks might play Mrs. Claus. According to Deadline, in a new deal with Universal, Banks and her hubby/producing partner Max Handelman are producing a film about Mrs. Claus and the stress that the holiday season puts on her and her marriage to Santa Claus. The film is written by Emmy Award-winner John Riggi, who has worked on 30 Rock, The Comeback and Will & Grace. Right now, it's not confirmed whether or not Banks will play Mrs. Claus in the film, or if she'll be content to stay on the production side of things — but, seriously, she'd be totally perfect for the role.

The actor has a busy lineup right now, as she's slated to direct Pitch Perfect 3 and a remake of Charlie's Angels that I, personally, can't wait for. She also still balancing other acting roles, and she's the mother to two small sons. So, while it's understandable if Banks wants to sit this one out, here's a list of reasons why she shouldn't

Banks is easily one of the best parts of Fred Claus. She's such a ray of sunshine, and she has a knack for blending humor and heart. No doubt she could easily do it again.

2. She's Can Embody The Character

Based off of her social media presence and the way she is in interviews points to her being able to embody the warmth of Mrs. Claus.

On-screen and off, she's so funny. Even when she's just telling stories about her kids, she's got a comedic flair. She would definitely bring that to her interpretation of Mrs. Claus.

Banks brings a certain charm to every role. If she can make Effie Trinket lovable in The Hunger Games franchise, she can do anything.

Despite being so great in all of her roles, Banks hasn't led many films. A holiday film might just be the thing to get her some much deserved attention.

6. She Could Direct Too

Now that Banks has established herself as a director (and a great one at that — Pitch Perfect 2 was great!), she could take full control of this picture, Barbra Streisand-style — direct, produce and star. #GIRLPOWER.

Banks is continually great in all of her work and adding Mrs. Claus to her resume would make her even more amazing. Here's hoping?

More like this
Twitter Is Praising George & Charlotte's Attendance Of The Queen's Funeral
By El Hunt
Where Is Armie Hammer’s Ex-Wife Elizabeth Chambers Now After 'House Of Hammer'?
By Grace Wehniainen and Radhika Menon
What Is Miles Teller’s Net Worth? The 'SNL' Host's Bank Account Is No Joke
By Meg Walters
Lin-Manuel Miranda & Tituss Burgess React To 'Little Mermaid' Casting Backlash
By Radhika Menon
Get Even More From Bustle — Sign Up For The Newsletter