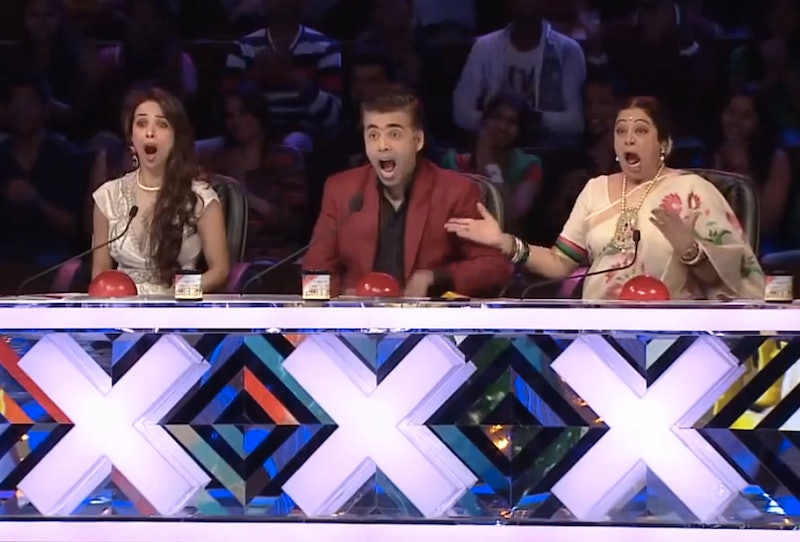 Only 8-years-old, India's Got Talent contestant Akshat Singh puts your dance moves to shame. Singh showcased his incredible dance skills to a medley of Bollywood songs, but not before riding in on a toy scooter wearing aviator glasses. Almost as amusing as this splendid image are the judges' reactions. Watching this little boy do perfect splits, spin on his head, and thrust his hips is just too much. It's so good, we're talking I-need-to-watch-this-10-times-in-a-row kind of good.

India's Got Talent has always hosted a wide range of talents, whether it’s conventional dancing and singing to the more interesting and unusual skills. The Warriors of Goja performance was the last video from the India's Got Talent to gain popularity. Multiple YouTube videos of the performances are available, with at least 30,000 views. The performers fight one another with weapons in a choreographed manner, but manage to inflict some pain. Even the judges gasped and covered their mouths when they watched.

The Warriors of Goja group won the competition in the show's second season, but since then, no act has come close to Singh’s smooth moves. He also resembles Carl from Disney's Up, adding to the excitement of watching his enthusiastic dance. Singh received a standing ovation after he completed his routine. Watch it right now.