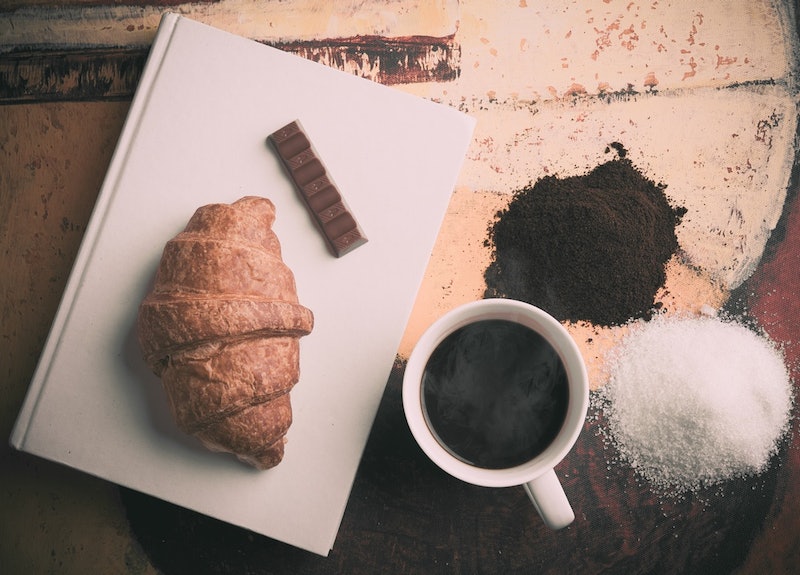 If you're a coffee AND a tea person (yes, you can be both), then this combination of coffee and tea drink, Cascara, is for you. Cascara is brewed from the dried husks of coffee cherries, which is probably why it's often also called "coffee tea" or "cherry tea". It's definitely about to be very hip, especially with environmentally conscious farm-to-table types, because it's brewed from coffee skins (In Spanish, Cascara means "husk" or "peel") that are normally trashed, thereby making use of the full coffee bean without any part going to waste. Cascara is already popular in South America and the Middle East (particularly in Boliva, Ethiopia and Yemen), but my bet is it will only take one Park Slope or Williamsburg cafe to roll with it for it to become a buzz-drink in the US too.

Cascara was introduced to North America by Aida Batlle, an El Salvadorian coffee farm proprietor, and is apparently already kind of a big deal in Portland, Oregon (because of course it is). North Coffee Roasters in Deer Island, Maine, also sell Cascara, and one of the cafe's owners Megan Wood, who was interviewed by NPR, says, "It's a tropical, berry fruit that just happens to be coffee. It's not tea — it's 100 percent coffee. But it smells like herbal tea." She continues, "It's a great cold drink, because it's refreshing, and it's caffeinated."

The level of caffeination, however, depends on the crop and brew strength, although North Coffee Roasters co-owner Melissa Raftery calls it "nature's Red Bull." For comparison, Cascara is said to be most like black tea when it comes to caffeine, but more like herbal tea or rose hips when it comes to taste, reports saying it even sometimes tastes like hibiscus, mango, or cherry.

If you're intrigued now and want to try out Cascara at home, here are some handy instructions from Roasters Pack:

1. Get The Right Equipment

There are a few things you'll need to brew Cascara, but chances are you already have things like a kettle in your kitchen. You'll also need a scale, some kind of tea pot or carafe and Cascara, which you might have to go out of your way to procure.

Kind of seems like a no brainer. The water needs to be 200 degrees Fahrenheit (93 degrees Celsius), which is about 30 seconds off boil. You should also heat up your carafe and mug before you start brewing.

If you don't have a scale, I'd say your best guesstimate based on what the cascara looks like in this Chemex should be roughly correct, although I've never done it so don't take my word for it. But I'd probably just guess rather than getting a kitchen scale. Just saying. Add your water — the ratio here is important too, so if you're planning on making cascara at home, I'd suggest watching the video below. You'll then steep for four minutes.

Watch the whole instructional video below and get brewing!