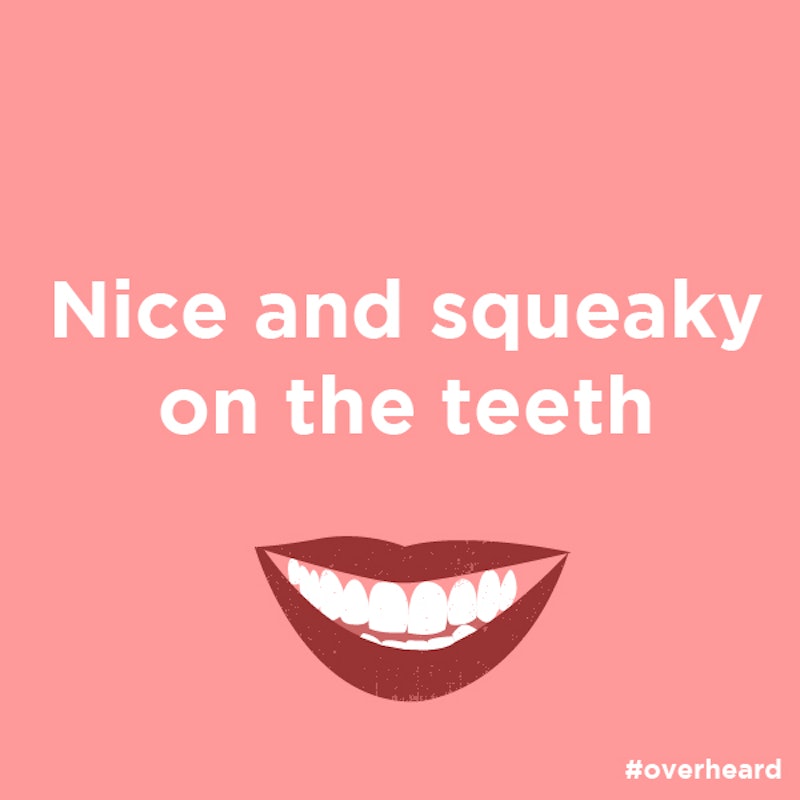 In my old life as a magazine editor, I worked on the first-floor of an office comprised entirely of women. We were a tight-knit bunch who never lacked for stimulating water cooler conversation, so I deign to think what it would look like if someone immortalized our eclectic chatter in print. But via their "#OfficeOverheard" illustrations, that's precisely what designers A&E are doing — with hilarious results. If ever there was a cautionary tale about minding what you say around the cubicle when you think no one is listening, let it be this often laugh-out-loud collection of random topics and one-liners ranging from witty ("She sprinkles commas like salt on fish and chips") to downright puzzling ("I think my leg's causing interference").

In addition to making you envious of anyone who works in an office where the talk inexplicably involves subjects such as roadkill pie, the series might net you a little insight into the people who share in your daily grind. Or, at the very least, make you feel more normal. The designers explain the inspiration for creating the series, saying, "Working in a scientific office means occasional we hear some very strange things. We decided these were too good not to share with the world and so project #officeoverheard was born! We hope you find these as amusing as we do."

Accompanying the odd amalgamation of conversation snippets the designers glean from their co-workers are simple, yet oh-so-apropos graphics — a sword here, a disco ball there.

Set against simple, colorful backgrounds, they're pretty enough to plaster all over the monotone walls of your cubicle and laugh over with your co-workers (all the while wondering what weird things you've said while on the clock).

I've included a few of my favorites here, but do yourself a favor and head over to #officeoverheard's official Instagram or Tumblr feed There are plenty more to peruse, and they're the perfect pick-me-up after the mid-afternoon slump hits.