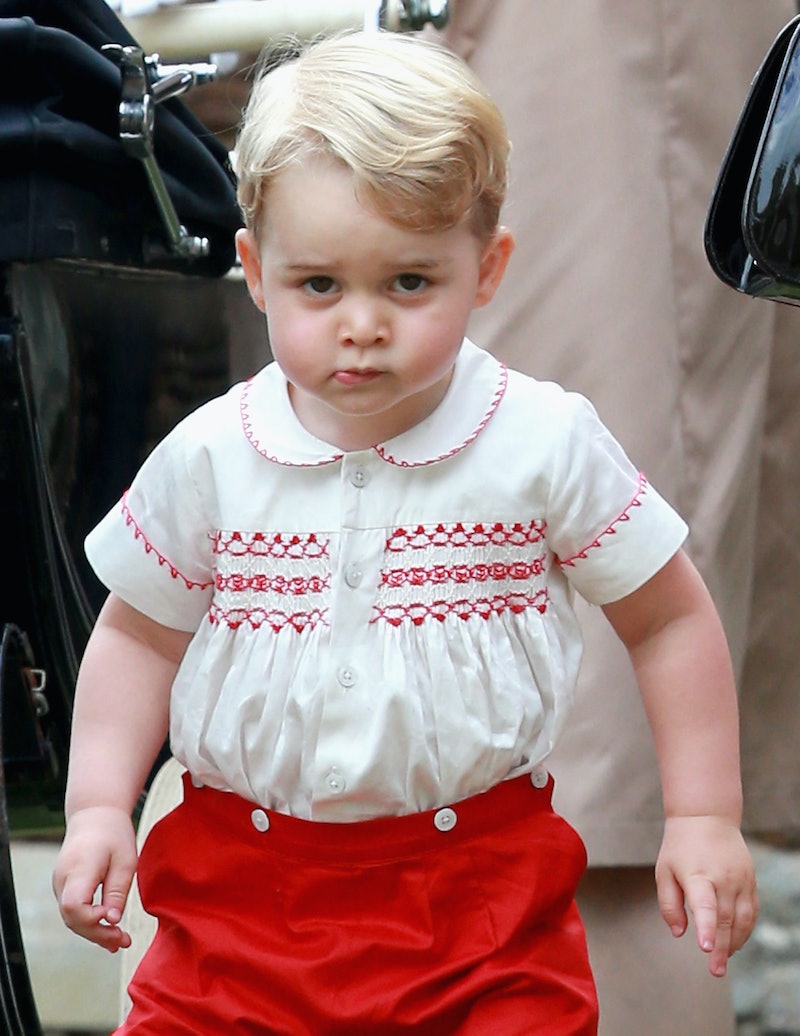 The exciting, yet also dreaded day, is officially here. Prince George has started nursery school. Obviously, this is a happy time, because his education is just beginning, which in itself should be celebrated. However, it's also kind of a bummer, because there's no more lounging around for George at Kensington Palace. Clearly, nursery school isn't going to be stressful for him, but from here on out his focus will be school — and whether or not to wear shorts or pants. Anyways, let's talk about something a bit more stress-free. Have you seen Prince George's first day of school pictures? If not, be prepared for your heart to melt.

Kensington Palace released the pictures on Wednesday and they're the most adorable images ever. I mean, when isn't George being all cute during a photo op? Did you see the Royal Family Christmas card? That is one beautiful and perfect family. I mean, just look at those smiles!

Moving on, because this about George. As you can see below, the prince is standing outside of the Westacre Montessori School in Norfolk. Clearly, he's so ready. Look at him checking out that colorful mural. He's already an inquisitive child. Plus, let's talk about that coat and backpack. Not only is the light blue on navy blue a prime choice, but check out those elbow pads. I have a feeling George will be the most stylish boy in his class.

Here's hoping George has a successful first day of school!