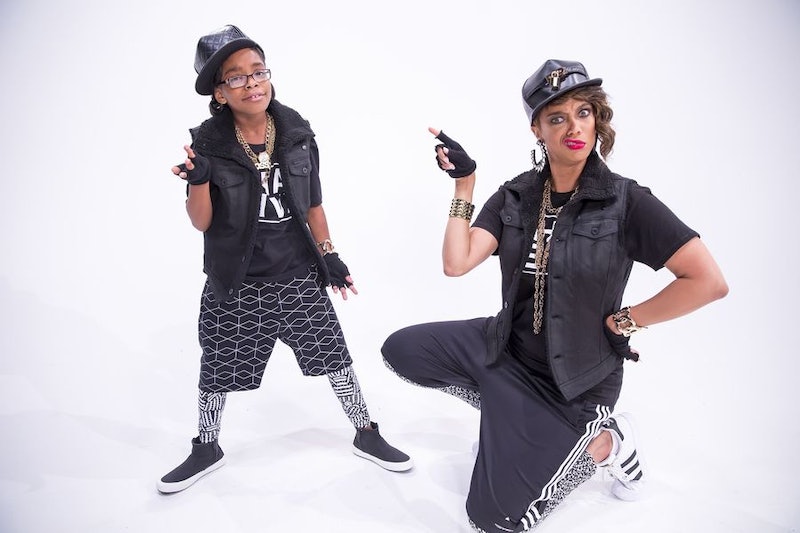 Was your Christmas wish to have black-ish return, or did you resolve to watch way more episodes of black-ish in the new year? Well, whether or not you planned on binging tons of the show in 2016, Tyra Banks guest stars on black-ish 's first episode of the year, jumping straight back into the groove with another outsized guest character who's a great fit for the performer. Banks plays Dre's childhood best friend, and while Dre's past is getting awfully cluttered with all of these guest stars, at least this provides a different side of things, since Gigi, Banks' character, is a wildly successful and beautiful pop superstar rather than someone who keeps Dre down to Earth. It works with Banks' acting wheelhouse of basically playing herself in other things like Life Size, The Hannah Montana Movie, and, of course, her masterpiece, America's Next Top Model.

Even though it doesn't necessarily make sense to insert Gigi as Dre's BFF when I think it would have been mentioned that Dre is best friends with a famous pop star who punched out Iggy Azalea, as always, it's nice to see that while Dre and Bow may disagree, it's never because their marriage isn't strong. Bow is threatened by Gigi because she gets along so, so well with Dre, gross armpits, sports and all. And Banks dives into the role of glamorous goofball that she's been honing for years.

Meanwhile, Bow & Dre are more of an "opposites attract" kind of marriage. It's an interesting idea, especially since it also throws in in that Gigi's serious boyfriend is uncomfortable with the idea of her having another man as her platonic friend. So now Dre has to have a new appreciation for Bow, even trying to be her best friend... but, of course, there's no replacement for Gigi, and to Gigi's boyfriend, there's no replacement for Dre.

Of course things resolve nicely by the end, with Dre being allowed to maintain his friendship with Gigi, which is revealed to be a lot deeper than initially shown, but also makes more of an effort to include Bow in things that aren't solely BFF-related. There's really no other way for a sitcom episode with this premise to conclude. But for once I'd like to see Bow try to get her own best friends, or maybe give Dre a little crisis of confidence over something Bow is doing besides being great as her job or being a mom.