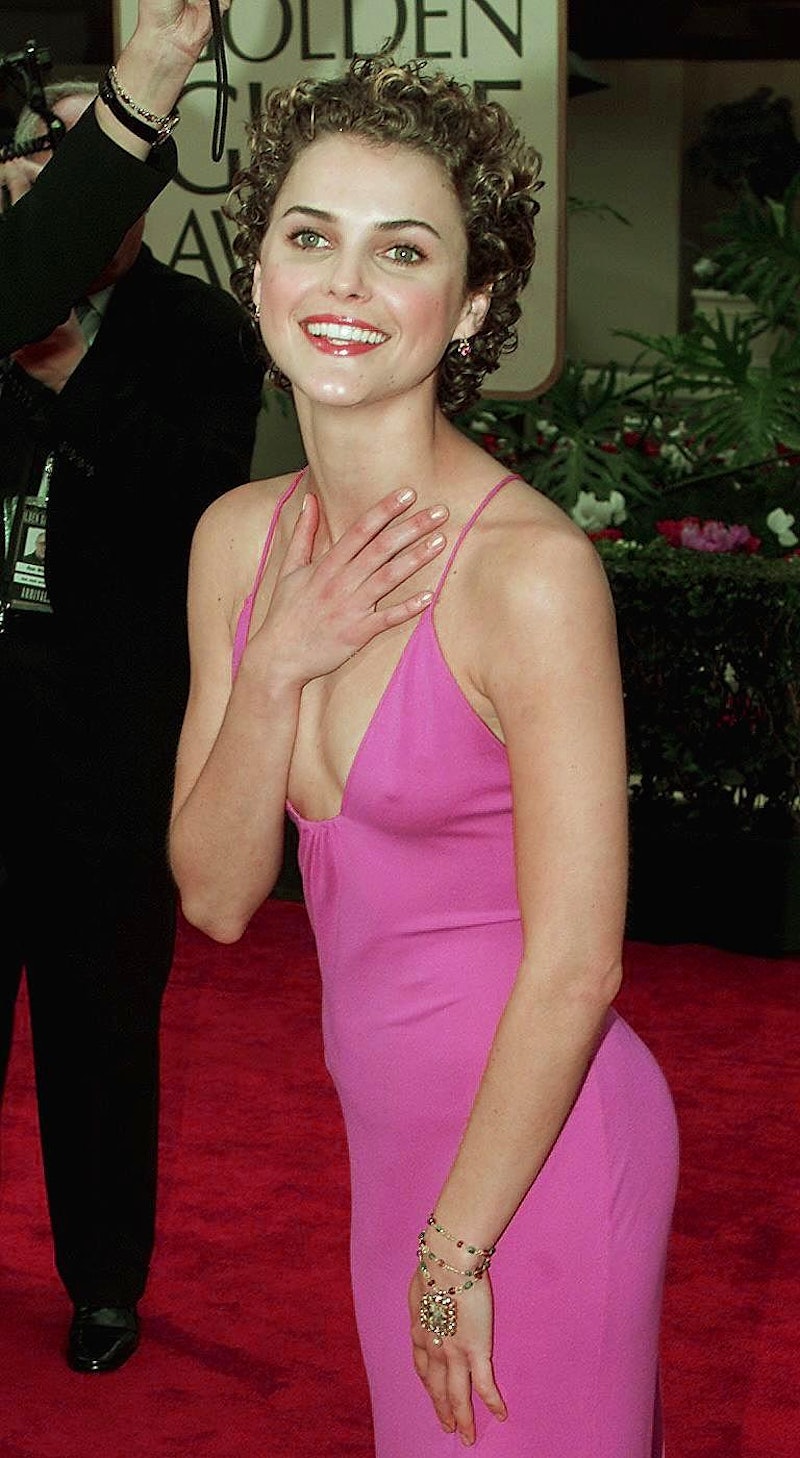 When I think back to the early 2000s, I'm filled with the kind of nostalgia that the '90s gave me before the decade was brought back into style and totally ruined. Among the many, many questionable outfit choices were an unmistakable amount of early 2000s hairstyles that I'm sure all of us regret just as much as the celebrities who have them immortalized in listicles like this do. All the best early 2000s hair at the Golden Globes should be enough proof that, well, we just had no clue what we were doing most of the time.

Award shows were no exception for noughties hairstyles, and there are plenty of gems to be found throughout a solid five year period of poor mane decisions on the Golden Globes red carpet. Most of these give me so much hope, because no matter how many bad photos your friends might dig up of you on Timehop, you can prove the irrelevance of your past poor judgments by directing them to the celebs doing the same.

Everyone loves a good sartorial transformation. I'm strongly of the opinion that you should change up your style at least once a year, to keep things fun and keep yourself interesting. So it's only natural that one of those phases would be, well, bad. This is why I totally forgive all these stars for their hair sins while celebrating the wins on the early 2000s Golden Globe red carpet.

What was it about early 2000s hair that made everything so stiff? As much as I love 2001 Beyoncé's dress — the right kind of throwback — her hair is far too of its time for me.

Ryder's pixie cut was a signature look of the early 2000s and, TBH, one of the few hairstyles from that era that actually looked amazing.

Effortless hair for me takes at least two hours to perfect. But in the early 2000s, bed head literally meant bed head. A special shout out must be made to that amazing dress that could've come straight out of a Mary Kate and Ashley collection.

Seriously, how did '80s Brad Pitt turn into '00s Brad Pitt? The evolution still breaks my heart to this very day.

With the obsession for sleeked back, chic style last year, it's kind of refreshing to look back on just how much messier 'dos were loved way back when. They're definitely due a comeback!

I have no words. But at least the dress is the cutest.

Another throwback to when Brad Pitt and Jennifer Aniston were a thing. Today, these kinds of updos are often reserved for nurses on Grey's Anatomy and ER.

Don't get me started on the fact that she's wearing what appears to be a doctor's coat. If you're going to go for the coiffed, no-part look, I personally believe the rest of your hair has to bring on all the volume.

A crown of spikes on top of your otherwise sleek hair? Sighs. I'm glad we left this one behind.

Jamie Lee Curtis has looked almost the same since 2003 and I love her signature style in all respects.

The Claire's-esque flower hair clip, the choppy, spunky bob, and the ugly necklace: The early 2000s were immortalized in this look, which kind of makes it OK.

Here's hoping you're now as full of nostalgia as I am. That being said, I'm totally ready to start a petition to ban crunchy hair gel.