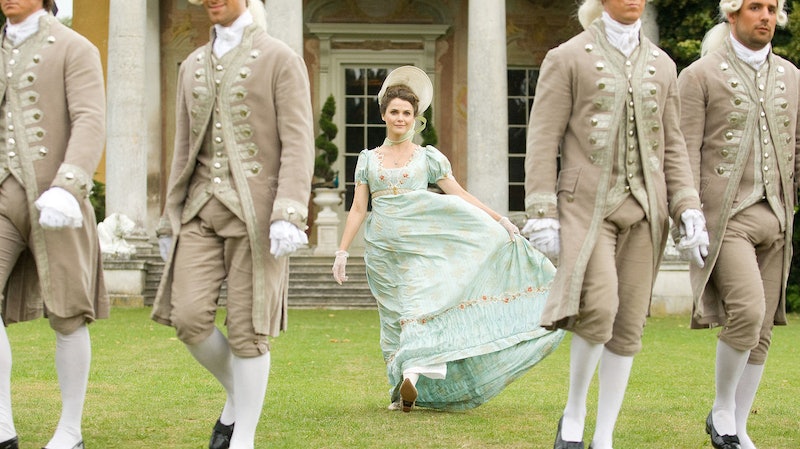 Even Jane Austen had her critics. Mark Twain, for example, wasn’t a fan. (He once said "Every time I read Pride and Prejudice I want to dig her up and beat her over the skull with her own shin-bone”). On the other hand, Harper Lee admired Austen, saying that “in other words, all I want to be is the Jane Austen of south Alabama.” Charlotte Brontë was definitely not a fan, and is quoted as saying, “I should hardly like to live with her ladies and gentlemen, in their elegant but confined houses,” among other criticisms. Virginia Woolf explained her views on Jane Austen by saying that there was “too little of the rebel in her composition, too little discontent.”

Personally, I have to disagree with that last statement. First of all, I can’t help notice the underlying wit and harsh criticism pervading her novels (though this is often overlooked because, Mr. Darcy). Second of all, if you take a look at her letters, you’ll find Jane Austen was the queen of sass. Her razor-sharp wit was put to good use, and she was basically the definition of ignoring the haters. Think Jane Austen was all love stories and romantic quotes? Pick up one of her letters and you’ll find a very different story.

1. "By the bye, as I must leave off being young, I find many Douceurs in being a sort of chaperon [at dances], for I am put on the Sofa near the Fire & can drink as much wine as I like."

2. "I will not say that your mulberry-trees are dead, but I am afraid they are not alive."

3. "I shall think with tenderness and delight on his beautiful and smiling countenance and interesting manner, until a few years have turned him into an ungovernable, ungracious fellow."

4. "I do not like the Miss Blackstones; indeed, I was always determined not to like them, so there is the less merit in it."

5. "Next week [I] shall begin my operations on my hat, on which you know my principal hopes of happiness depend."

6. "Your silence on the subject of our ball makes me suppose your curiosity too great for words."

7. "I sent my answer... which I wrote without much effort, for I was rich, and the rich are always respectable, whatever be their style of writing."

8. "Ben and Anna walked here... and she looked so pretty, it was quite a pleasure to see her, so young and so blooming, and so innocent, as if she had never had a wicked thought in her life, which yet one has some reason to suppose she must have had, if we believe the doctrine of original sin."

— Letter from February 20, 1817, on appearances being decieving

9. “....how good Mrs. West could have written such books and collected so many hard works, with all her family cares, is still more a matter of astonishment! Composition seems to me impossible with a head full of joints of mutton and doses of rhubarb.”

10. "He and I should not in the least agree, of course, in our ideas of novels and heroines;—pictures of perfection, as you know, make me sick and wicked."

11. "I do not want people to be very agreeable, as it saves me the trouble of liking them a great deal."