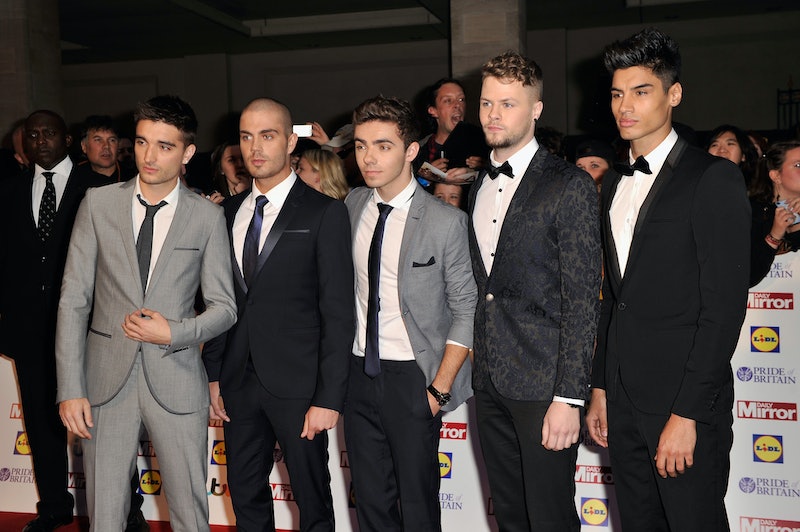 Are the "Glad You Came" singers glad to go? The Wanted, comprised of English and Irish members Max George, Siva Kaneswaran, Jay McGuiness, Tom Parker and Nathan Sykes, announced on their website on Wednesday that The Wanted is breaking up for the time being. The People's Choice Award-winning band, formed in 2010, said they wanted to "pursue personal endeavours" after their Word of Mouth tour is completed. However, the guys are calling it a "break," and not the final end.

The Wanted are pleased to announce the release of their new video and single 'Glow In The Dark' taken from their November release 'Word of Mouth'. They are very excited to perform 'Glow In The Dark' along with their smash singles 'I Found You', 'Chasing The Sun', and 'Glad You Came', amongst others for their fans on their upcoming Word of Mouth Tour.

This tour will be their last for a while as Tom, Max, Jay, Siva and Nathan have collectively decided to take time to pursue personal endeavours following the tour's conclusion. The band wants to stress to their fans that they will continue on as The Wanted and look forward to many successful projects together in the future. They thank their fans for their continued love and support and look forward to seeing them on tour.

Ahhh. Sounds like a case of the good ol' "creative differences" to me. Still, Sykes, Kaneswaran, and Parker also took to Twitter to calm their fans and let them know this isn't a permanent thing.

All I can say is exactly what they taught me: The sun goes down, the stars come out and all that counts is here and now. My universe will never be the same — I'm glad you came, I'm glad you came.

More like this
“The Door Is Always Open” For Another 'Breaking Bad' Spin-Off, Says AMC Boss
By El Hunt
18 Unanswered Questions From 'The Hills' That Still Haunt Us Today
By Ivana Rihter
The 'Hocus Pocus' Sequel Finally Has A Release Date & It Makes Total Sense
By Shannon Barbour and Radhika Menon
Lauren Rae Is Bringing Back The Sex And The City Vibes In Her New Memoir
By Shahed Ezaydi
Get Even More From Bustle — Sign Up For The Newsletter