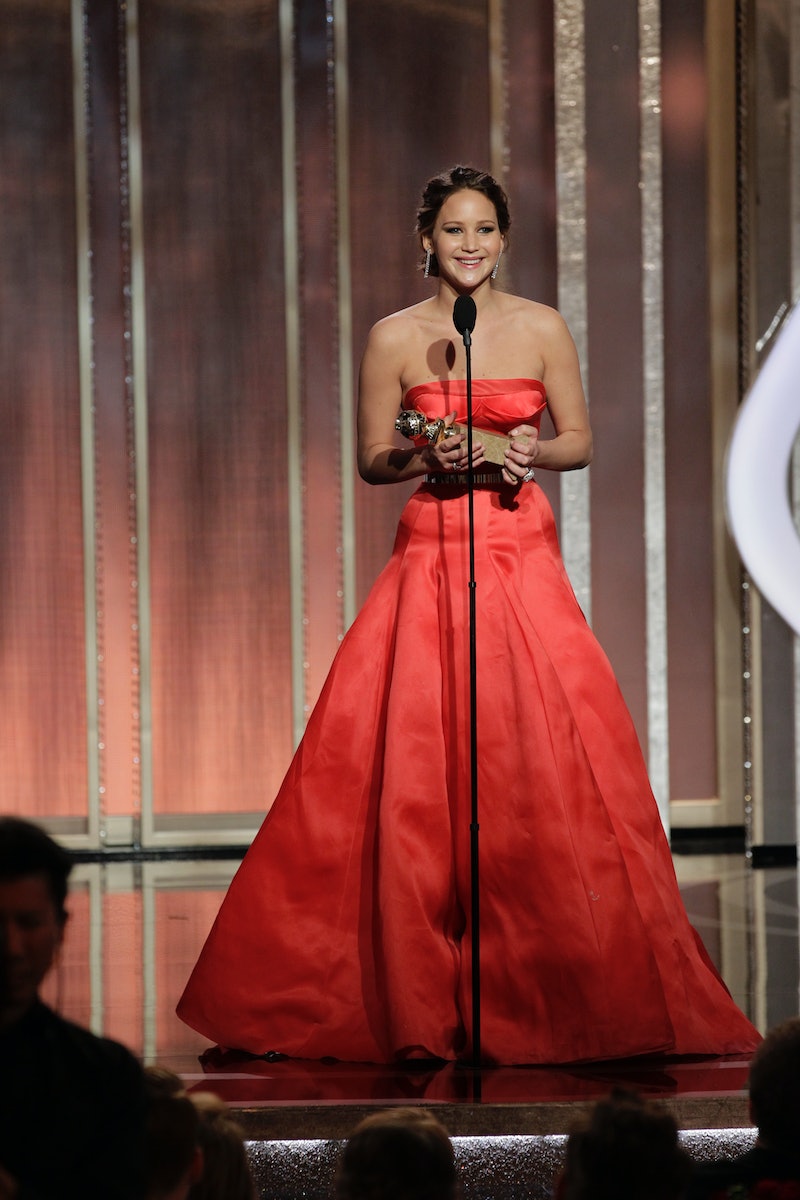 While televised award shows are always glamorous, a lot of the fun comes from the fact that they are broadcast live. And, on live TV almost anything can (and does) happen. Sometimes technical difficulties arise and, in other instances, a celeb or two may imbibe in a tad too much bubbly. Whatever the snag, it usually makes for entertaining, but awkward TV — we’re looking at you James Franco hosting the Oscars. But, with the Golden Globe Awards coming up on Sunday, let’s look back at some of the Golden Globes' most awkward moments.

The Golden Globe Awards air Sunday, Jan. 10, on NBC with host Ricky Gervais. While Gervais has been known to rib guests in the past, don’t be so quick to call his style awkward. It’s always a nice break when award shows can be self-aware and diverge from the formality, even if momentarily. Of course, there’s breaking from formality, and then there is downright odd. It’s fun to see a snafu on live TV when there’s a small technical glitch or silly remark. But, sometimes you can feel the awkwardness radiate through the screen, which may or may not be a laugh. And, these awkward Golden Globes moments will live on forever.

In 2013, Salma Hayek and Paul Rudd were tasked with presenting the award for Best Television Drama, but when the teleprompter broke the pair was rendered speechless.

Natalie Portman found a joke she made about her husband in 2011 very funny. Other people may have also found it funny, but the laugh went on for awhile.

In 2001, Liz Taylor was presenting the last award of the evening, Best Motion Picture Drama. But, she forgot to read the nominees, and jumped straight to opening the envelope. The clip is almost hard to watch, with shouts from the audience and Dick Clark even popping on stage to help her. Yikes.

4. Christine Lahti Wins While In The Bathroom

Yep, Christine Lahti’s name was called in 1998, and she was nowhere to be seen. Lahti was in the bathroom and even joked about a toilet flush when she finally made it to the stage.

Hey, you would cry too if your husband was as talented and beautiful as John Legend. But, that didn't stop people from meme-ing her in 2015.

This 2006 moment is so cringe-worthy. And, his sing-song teasing? Ew. Not cool Isaac.

7. Emma Thompson Kicks Off Her Heels

Emma Thompson was done with her fancy footwear in 2014. She walked on stage as a presenter carrying her heels in one hand and a martini in the other. Get it girl.

In 2014, Elisabeth Moss was not feeling the mani-cam which showed off celebrity manicures. Honestly, it is a bit extreme, as if women didn’t have enough pressure to look beautiful on the red carpet, now we’re inspecting nails too?

After beating Meryl Streep at the 2013 awards, Jennifer Lawrence mused “I beat Meryl” upon receiving her award. But the joke, a quote from the movie First Wives Club, was lost on most people and seen as a jab.

What awkward moments will come from Sunday's telecast? We'll have to watch to find out, but as with any live show I'm sure we can expect a funny flub or two.